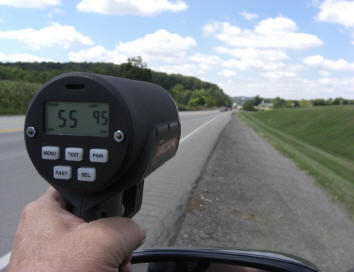 For motorists, the flashing lights of law enforcement patrol vehicles is a common sight due to officials’ work to slow down drivers who refuse to obey speed limits. 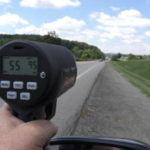 From red light and stop sign cameras monitoring speeders in Center Point to the utilization of traffic cameras near I-59 in Trussville, it appears Big Brother is always watching.

Clearly, local police takes speeding seriously. What citizens of these cities may not realize is all of these fines generate a significant amount of state and county revenue.

In an effort to keep citizens informed on the distribution of monies generated by traffic fines, Argo Chief of Police, James Downing  spoke and distributed information on the matter at a recent Argo City Council meeting.

Among his talking points were how court costs are distributed from the payment of a traffic citation.

“The funds (Argo) receives are either earmarked for the municipal court or allocated from the general fund as designated by the city council in the annual budget,” Downing said.

Downing went on to note in his handout that the Argo Police Department strives to make Argo the safest city for all of its residents with the funds available.

Alabama speeding fines are handled by individual counties, so ticket fees vary across the state. Below is a 2 speeding fine within Argo’s city limits broken down to show how funds from the fee are distributed.

Without the revenue from these fines, every segment of government would be financially impacted, according to Downing.

“Currently with the city budget stretched to its limits and federal grants to local law enforcement shrinking, our staffing levels and resources are threatened,” Downing said. “We are unable to purchase newly mandated equipment and focus on community outreach.”