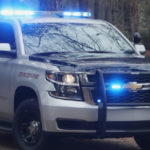 Mario Contreras, 31, was driving his 2000 Ford Expedition on Interstate 65 about a mile south of Jemison when the truck went into the median before striking a guardrail and overturning around 3:45 a.m.

Contreras was pronounced dead on the scene.