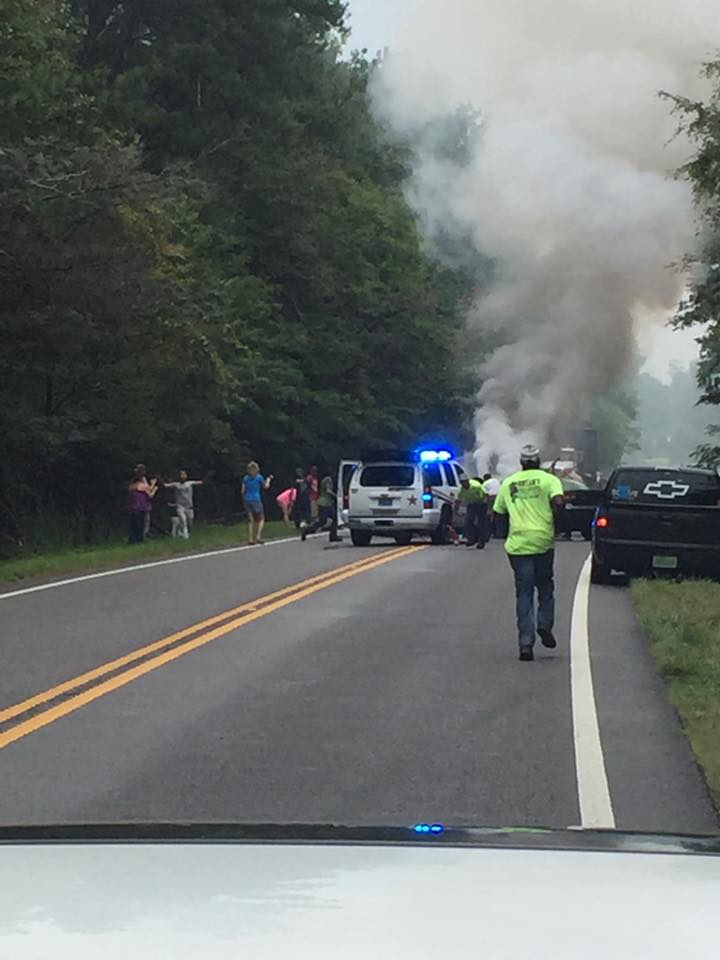 An unknown motorist on Tuesday rescued two drivers trapped in their burning vehicles following a head-on collision on Highway 79 near Pinson. 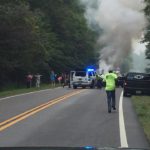 Firefighters from the Center Point and Palmerdale  fire districts, as well as Jefferson County Sheriff’s deputies, responded to the wreck. However, it was the driver of a black Chevrolet truck and others who joined to help who were the first responders Tuesday afternoon.

An eyewitness, Andi Lee Neighbors, said the wreck was caused because a truck was traveling in the wrong lane. While one vehicle was able to swerve and miss the oncoming vehicle, the driver of a Passat was not able to avoid the truck that hit him head on.

Neighbors said the stranger who drove up in a passenger truck broke the wrecked vehicles’ windows and pulled both drivers to safety.

“In my mind, he is a hero,” Neighbors said. “The car was on fire and he never left.”

While Neighbors was making a 9-1-1 call, he said others joined in to put out the blaze with fire extinguishers  and assist the injured drivers.

“ It was amazing to see strangers risk their lives for people they did not know,” Neighbors said.

Both of the injured drivers were taken to UAB Hospital. Their condition, for now, is unknown. Center Point Fire Chief Donnie West could not be reached for details about the wreck prior to publication of this article.

The vehicle driven by the motorist who swerved into a ditch because of the emergency maneuver employed to get out of the truck’s path reportedly had to be towed.