ARGO – Storm shelters are opening throughout central Alabama in preparation for Hurricane Irma, which has dwindled to a tropical storm but is still wreaking damage to Florida, Georgia and Alabama. Argo is among many other cities getting ready for the storm. 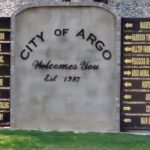 Argo Mayor Betty Bradley recently posted on Facebook (What’s Happening in Argo?) where she announced that Clearbranch United Methodist Church in Trussville will open a storm shelter at 3 p.m. The church is located on 8051 Glenn Road.

“We encourage anyone who feels the need and those residing in mobile homes to seek shelter,” she wrote. “When the storm arrives, we are asking people to stay off the streets. In heavy winds, vehicles have the potential of being pushed into oncoming traffic or off the road, and flying debris and falling trees and power lines may also pose a direct threat to motorists and their passengers.”

She also said that Argo’s police and fire departments, as well as the Springville/Argo CERT team are preparing in case emergency help is needed.

“Please pray for the safety of our first responders,” Bradley said in the post. “If it is not an emergency and can wait until the worst of the storm has passed please consider waiting to call so they will not be out in the weather. These guys put their lives on the line for us every day.”

So far, 12,000 power outages have been reported, according to Alabama Power. National Weather Service Birmingham on Twitter said that additional power outages are expected throughout the afternoon and evening.