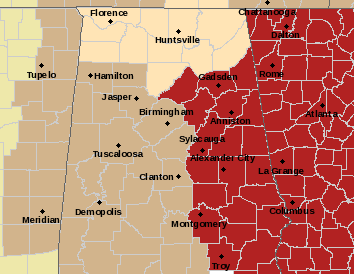 This article will be updated as needed.

TRUSSVILLE —UPDATE – Monday 7 a.m. – Irma is now Tropical Storm Irma, but is still producing wind gusts near hurricane force, according to the National Weather Service. The storm is still over Florida moving toward south Georgia and then into Alabama.

ORIGINAL UPDATE – 5:42 a.m. – The latest information from the National Weather Service finds Jefferson, St. Clair and Blount counties all under watches and weather as Irma continues in our general direction. She is now a category 2 hurricane.

All county schools in Jefferson, St. Clair, and Blount are close on Monday and Tuesday. Trussville City Schools are closed Monday and will make a decision on closing Tuesday by 3 p.m. on Monday.

Tropical storm warnings are issued when winds are expected to be in the 30-50 mph range, with the potential for gusts to 55-70 mph across higher elevations.

Persons in the warning area should take precautions now to secure anything that may be impacted by high winds and plan to move to substantial shelter. Failure to adequately shelter may result in serious injury. Move to safe shelter before the wind becomes hazardous.

Jefferson County – Wind Advisory: This advisory is in effect from non on Monday until 1 a.m. on Tuesday.

These winds could snap tree limbs, damage unsecured objects and cause power outages. Driving could be hazardous, especially for high profile vehicles such as 18-wheelers and buses. 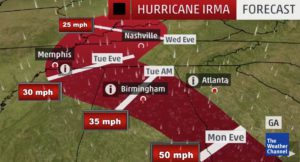 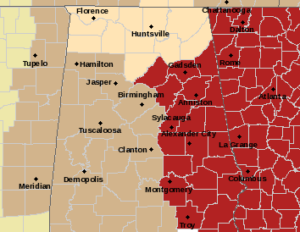 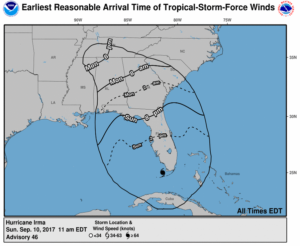 Expected arrival of tropical force winds. All times are eastern, which is one hour ahead of local time.
Photo from the National Hurricane Center.