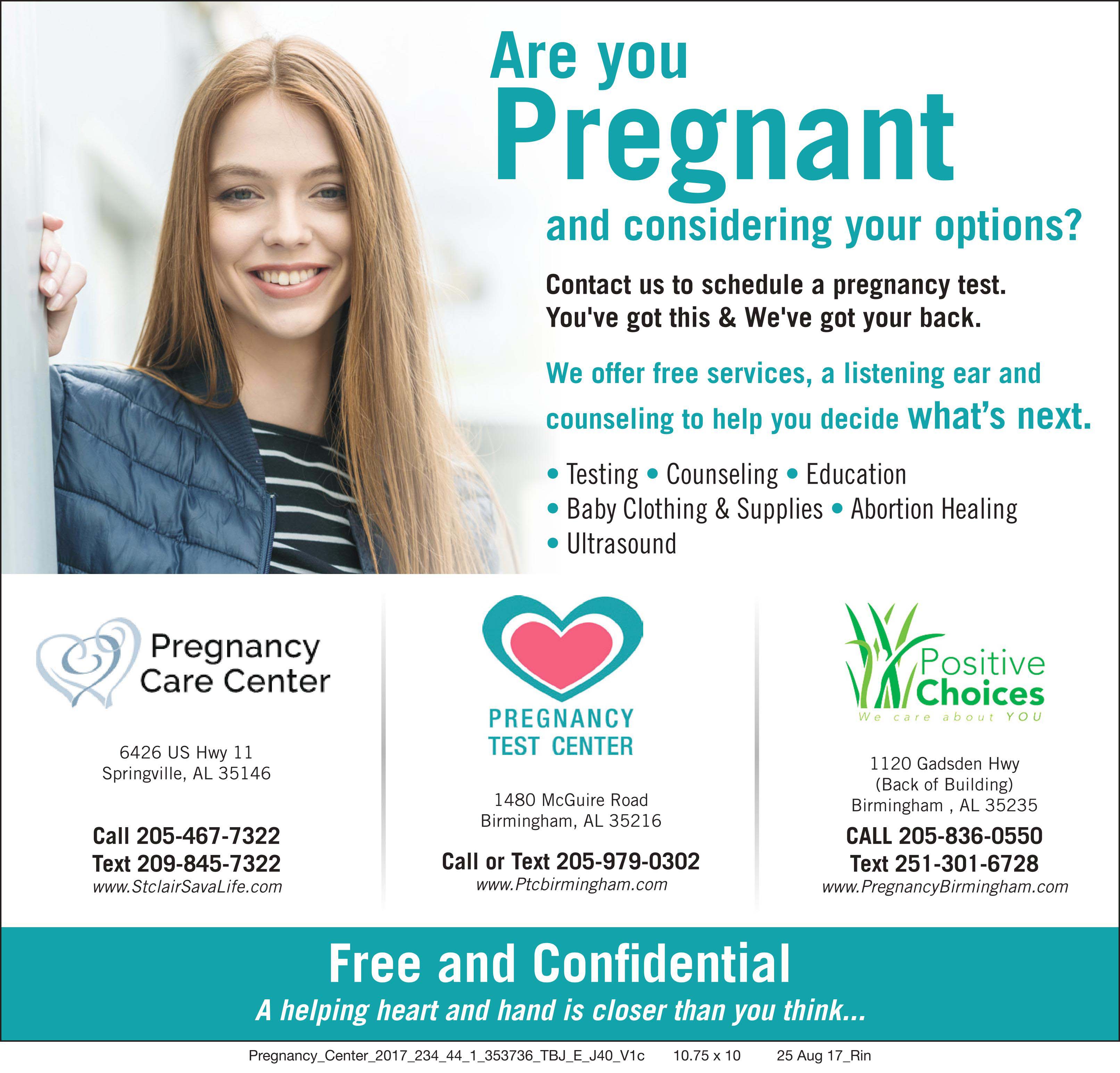 Every time the executive director of the Pregnancy Care Center in Springville meets a young woman faced with an unplanned pregnancy, she can relate to her crisis as she herself found out she would soon become a mother at age 17. 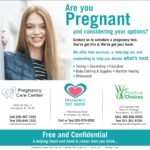 Angie Cantrell of the Pregnancy Care Center, St. Clair County’s branch of Sav-a-Life, the ministry started in Vestavia Hills in 1980 by Wales Goebel, said her personal experience helps her to establish rapport with the women who come to her center for help due to their pregnancies.

Cantrell said, snapping her fingers for emphasis. “They let down a wall and they say ‘Okay, you know what you are talking about.’”

Cantrell said she also tells the women and girls she counsels that the truth is that allowing their unborn child to live is not going to be without complications.

However, she also tells them that if she can do it, they can too.

Another area Sav-a-Life Executive Director, Jan Monski who manages Positive+Choices near Trussville, has a similar background. She too experienced as an unplanned pregnancy as a young woman.

Monski also has a personal story to share with those who come into her branch of Sav-a-life the first-hand pain she suffered after having an abortion later in life.

“No woman wants to have an abortion,” Monski said. “She has it (an abortion) because she feels like it is the best choice for her, or her only choice.”

Although many believe the various branches of Sav-a-Life exist to save the lives of unborn children, they are only partially right.

Administrators for the area organization say the different center under the non-profit’s umbrella exist to first save the life of the unborn children’s parents.

“We are not in business to save babies,” Hogan said. We are saving babies by saving the mother.”

“Our founder had the intention of saving two lives. The first was the mom’s.”

Since the organization’s founding, Sav-A-Life has expanded its focus to include the fathers involved in unplanned pregnancies. Sav-a-Life Vestavia now has a fatherhood program.

“We know — the research shows — if the dad is active and engaged, chances are, down the road we will not see their kids in our centers,” Hogan said. “It’s not just about saving the life of a child, because —in reality — the focus is on mom and dad, what is best for them.”

Services to parents in crisis pregnancies falls in line with the non-profit’s mission.

“Our guiding principle is to help men and women embrace the truth of God’s word as they make life affirming decisions about their unborn child,” she said.

Although Sav-a-Life has several area branches, the facility in Vestavia is the oldest and largest.

Unlike the other pregnancy centers, the Vestavia branch offers some medical services such as ultrasounds, prenatal screening and STD testing.

While all the centers work as separate entities, Cantrell said they try their best to work together, when possible.

“While we’re separate, we do try to support each other and work with each other as best we can,” she said.

To improve involvement of all parents in life-lesson classes offered at the facilities, the centers offer opportunities for new parents to earn credits that can be used for each facility’s boutique-style stores where they are earned. These boutiques offer clothing as well as diapers for those who attend the classes to earn “mommy money or daddy dollars.”

“Through these classes they are learning the things they need to learn about being a parent,”

Hogan said. “While they learn, they earn the things they need like baby clothes maternity clothes and diapers.”

Monski said parents who come to a class at least once a week can earn all the diapers their child will need during the week.

Sav-A-Life also offers a car seat program to equip new parents in need with this crucial tool for any new parent.

The Sav-a-Life administrators said a benefit of having several locations is that these options may allow some with crisis pregnancies to preserve their privacy.

Currently all of the Sav-a-Life centers are seeking volunteers willing and able to give guidance to the people that the program helps.

“The main qualifications to be a volunteer are that you love the Lord,” Monski said. “You will counsel from a biblical perspective, and you know that abortion is not the answer to an unplanned pregnancy.”

Monski said all the branch professionals are committed to ensuring that their clients’ medical privacy is never violated.