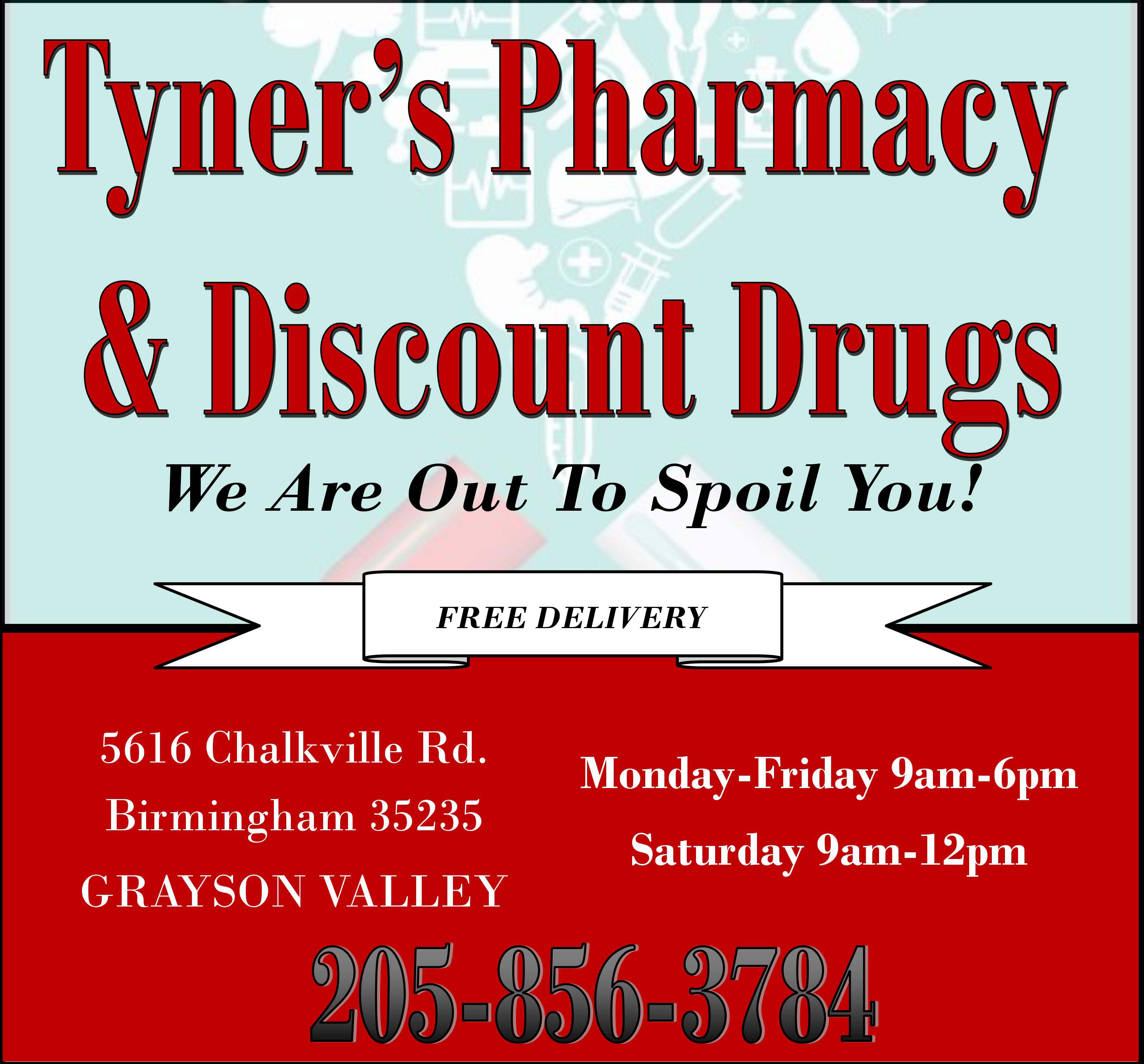 TRUSSVILLE – Located between Gyro’s Café and a family dentistry in the Grayson Valley area, Randy Tyner has been at his location, Tyner’s Pharmacy, for 36 years. 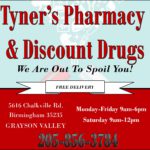 “In May of 1981, 36 years ago, I was riding along a winding two lane road and I spotted a perfect empty lot next door to a Utotem that could be a great location for a drug store,” he said. “Today this road is in the top five most heavily trafficked roads in Jefferson County. Each day after work, my mother, father and I would park our cars and walk to each home introducing ourselves and making people aware that a new small town independent drug store would be opening soon.”

But it’s not only Tyner that’s been there for many years. Others on his staff have been there since close to the beginning. The senior tech and nursing home tech have been there for 33 years and 22 years respectively. James Gallaspy, who is also a pharmacist there, has been working at Tyner’s for 20 years.

“We believe in hiring people of my generation,” Tyner said. “They understand work ethics, not be on a cell phone at work, respect our schedule and keep what information brought into the pharmacy private. I expect all my employees to work extremely hard, be honest, confidential and maintain a high standard of work ethic.”

Tyner said that their motto is, “We are out to spoil you,” which he does by filling prescriptions in five minutes or less. Doing tasks quickly can help people who have their hands full while trying to find and buy medication, especially if they’re sick.
“No person enjoys being forced to shop around when they are or their children are sick,” Tyner said.

Tyner also said that that he had a drive thru installed quite some time before they were used in drug stores. In addition to that, he brought free delivery to those who working at home or homebound, which he still does today.

Tyner’s offers an option to bubble wrap prescriptions as a reminder if the medication was taken or not. This option is favored by those who live in assisted living facilities.

Getting to know the patient base is another part of his practice. He and the staff have gotten to know customers as they’ve walked through the doors over the years. One on one interaction is one of the staples of Tyner’s Pharmacy.

“We are working with four generations of patients,” he said. “We know them and their family. We want them to feel comfortable as they’re greeted and asked how they can be helped. When you walk into our store, we know you by name. We do not force you to choose telephone prompt options when you call. You talk to a human.”

The way pay is handled, services and the amount of customers that they receive have all contributed to the success of his business.
“Most people pay the same copay or amount for their prescriptions regardless of whichever pharmacy the medication is filled,” he said.

“Between the quick service, delivery and drive thru, we have days where we fill over 1,000 prescriptions.”

Things have changed for Tyner since he first started in the 1980s, namely the cost of drugs back then versus the cost of drugs today. In this day and age, anybody paying attention to the medical community has seen the inflation of prices. It may be easy to think that pharmacists are making a killing off it but Tyner said that it doesn’t quite work that way.

“Back in 1981 when Tyner’s first opened, insulin was $9. 95 and was one of the most expensive drugs; today insulin can cost over $600 and new biological drugs can cost thousands per month. Many customers believe that pharmacists are making a lot of money off the inflation in prescription costs, but it is quite the opposite. Today a pharmacy must fill a large volume of prescriptions in order to make a profit.”

The same can be said of insurance. Insurance has also changed over the years, which can be a point of frustration.

“Insurance companies make most patients pay the same price for a prescription regardless of the location it is purchased,” Tyner said. “Each prescription must be confirmed with the correct dosage, interactions, patient allergies, known side effects and also verified to see if another drug is required from the insurance company. Due to inflation, wages, insurance, utilities increasing, and many other factors, insurance companies have continued to decrease reimbursement over the years.”

Insurance can sometimes not work out the best for seniors. Tyner said that there are senior customers that can only get what their social security checks will allot.

“I wish the government would allow drug company discount cards to be used by seniors,” he said. “I have seniors who have worked hard and lived within their means their entire life that bring their social security check into the store and tell me to fill just what the check will allow.”

But despite some of the frustrations that come from dealing with insurance and rising prices, Tyner is most certainly glad to be in the business, especially an independent business, which he said makes it more relatable to customers who choose to go there.

“Small business owners realize it is an honor when the customer chooses to do business with them,” he said. “The patient has someone to speak to if they need something worked out. Each small business has a specialty and takes time to understand the needs of a customer.”

Tyner’s Pharmacy is located on 5616 Chalkville Rd in Trussville and can be reached at 205-856-3784. Tyner’s also maintains a page on Facebook.