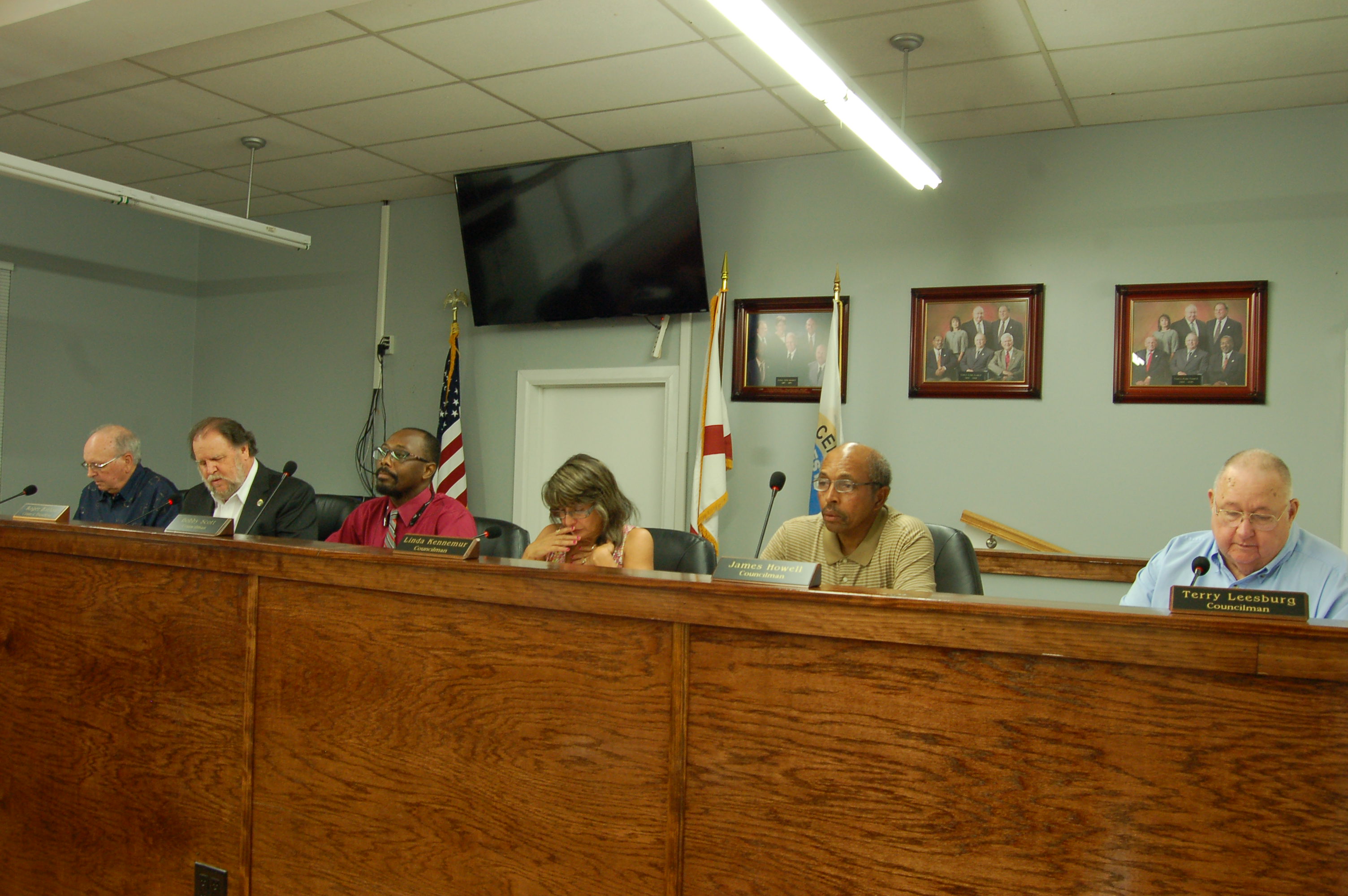 CENTER POINT— Before the Center Point City Council meeting began on Thursday, a public hearing was held on the rezoning of a property on 21st Avenue NE. The owner and his family issued a request that the house they recently bought be rezoned in order to remodel it. Asked if there were any concerns, only one speaker addressed the council, a woman who asked about ditches causing water to back up into her yard. The owner of the property said he would work to fix that. 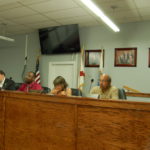 The council will vote on the matter at the next meeting on Sept. 28.

During the regular meeting, the council heard from Magdelena Garcia, who requested that the city allow her family to acquire a home that had been severely damaged in a fire more than a year ago. She said that her husband is a building contractor who can buy the materials to restore the house.

The house once belonged to a woman whose son-in-law, David Orange, was present at the meeting and voiced his support for the Garcia family buying the house.  He said that selling it would save the city money in demolishing it. However, concerns were raised about the stability of the house as it currently stands and the feasibility of restoring it. Building Inspections Officer Ricky Hinkle said that the house was beyond repair.

Council President Roger Barlow said that he was concerned with the timing of reconstruction if the family acquires the property. He suggested that they come to a called meeting on Sept. 19, which will address future demolitions in the city. Proposed plans from an architect can be presented for the council to consider.

The council then unanimously approved an amendment to the city’s business ordinance to increase the fee for business license issuance from to . At the last meeting, the council heard a proposal from a representative from the Birmingham Jefferson County Transit Authority on possibly adding additional hours to the bus routes. Discussion on the matter was tabled for the next meeting.

Afterwards the council heard from Andy Key from MPK Group, an auditing firm. He read a report done for Center Point to determine whether the city’s books and records were up to date and in compliance with law, which he said they were. He also said that the city’s financial situation was in a “good position in stability.”

In his comments, Mayor Tom Henderson mentioned the expansion of Autocar into Center Point, which was an occasional subject in past meeting although he could only mention few details. Autocar specializes in the manufacture of heavy duty trucks such as garbage trucks, concrete pumpers and similar vehicles.

“This is one of the biggest projects for Jefferson County in many years,” Barlow said. “I’m really excited about it.”

Henderson said that the opening of the facility is expected to generate 746 jobs. He also said that it will generate approximately $645 million annually. The company has already hired 120 workers and job postings are available at www.aidt.edu/jobs.

Barlow asked that the council consider another amendment to the business ordinance which will legally allow food trucks to be set up at the facility. He requested that a proposal written to be presented at the next meeting.

Henderson reported that Oct. 11 has been set for him to have a phone conference with the Department of Justice on crime in the city. Concerns have been made in past meetings on shootings and other crimes being committed in Center Point.

The next Center Point Council meeting will take place on Sept. 19 with pre-council at 6:45 p.m., followed by the regular meeting at 7 p.m.