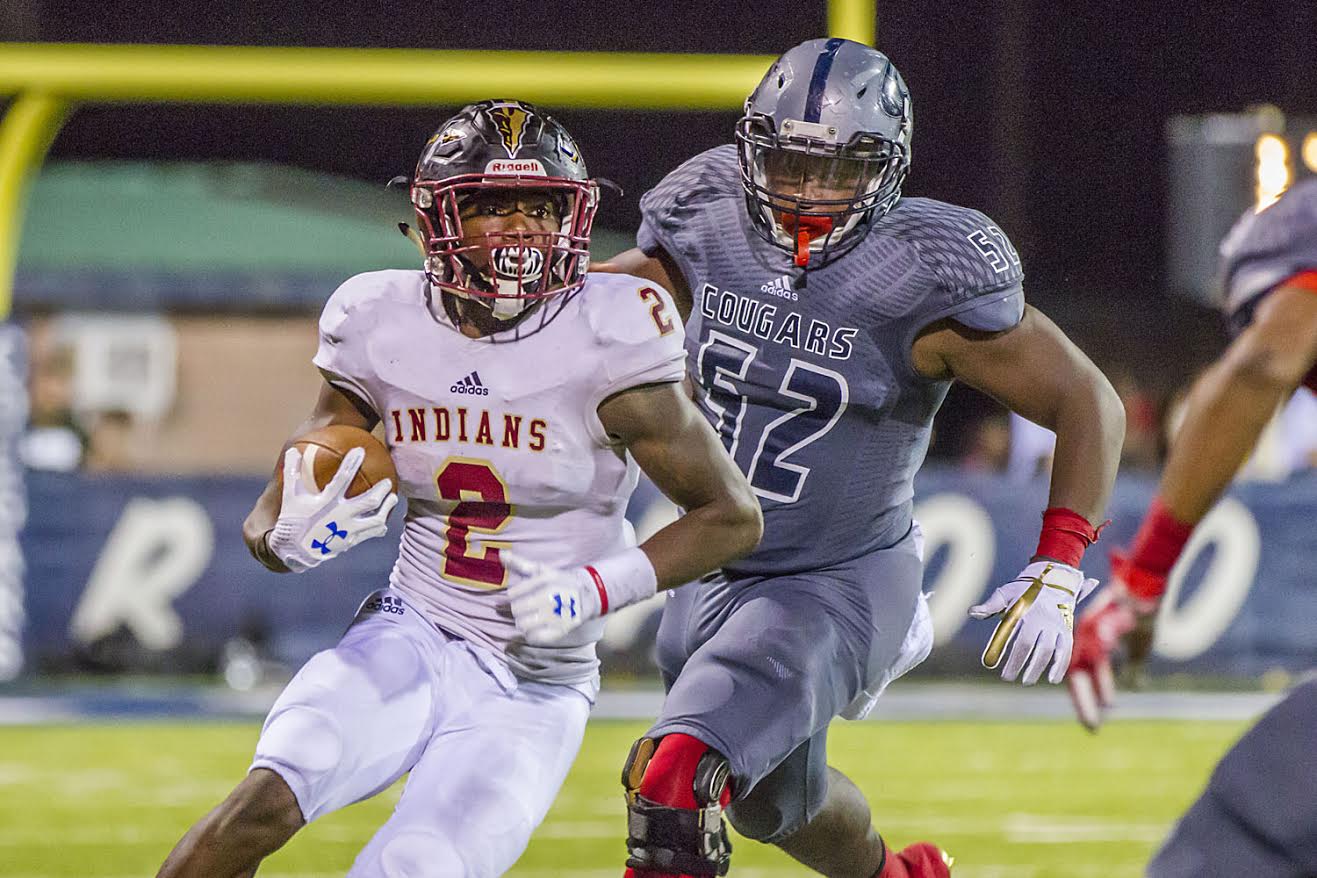 The Pinson Valley Indians Squeezed past the Clay-Chalkville Cougars 34-32 in Friday night’s Region 6 6A matchup. 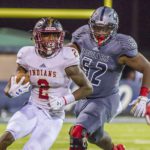 In an emotionally intense pairing that brought two unbeaten teams head to head, it showed early on as both teams were looking to get the mental edge.

The Indians struck first early in the first quarter as Bo Nix completed a 13-yard touchdown pass to Liallen Dailey to open the scoring. Not to be outdone, Clay’s Courtney Braxton punched in a 2-yard run a few drives later but the extra point was missed. This would become a costly trend throughout the game of missed opportunities for the Cougars.

On the following kickoff, a Pinson Valley fumble was recovered by Clay, leading to a short field touchdown pass from Willie Miller to Terrill Cole, Jr.

The Indians offense became stagnant over their next few possessions, but Nix then began to get the offense working.

Nix connected on three consecutive deep passes, the third of which Dailey caught a 16-yard touchdown reception, his second on the night.

“If they are going to one-on-one him the whole night, that’s where we’re going” coach Patrick Nix said following the game. “He had a great night that’s the type of player he is. Very proud of him.”

Both offenses were moving the ball well in the first half but in different ways. The Cougars relied on their running game more while Pinson Valley preferred to gain yards through the air. Clay would establish their running game with two back-to-back touchdown runs from Curtis Blakely and Willie Miller.

As the first half came to a close, the Indians would put together another touchdown drive ending on Nix’s third touchdown pass of the first half to Dilan Henderson with 8 seconds remaining, cutting the Clay lead to 26-21 at halftime.

“Adjustments were made at halftime that really helped us in the long run in the second half,” Nix said of his defense.

The Cougars offense was only able to get in the end zone one more time in second half as the offense stalled out.

“We missed opportunities on the offensive side of the ball and in the kicking game through the second half, we didn’t come and play very well,” Clay-Chalkville coach Drew Gilmer said. “You can’t do that against a team like that.”

Pinson Valley however would continue scoring, more on the ground  in the second half with touchdowns from Khymel Chaverst and Dilon Henderson to put the Indians up 34-32 which would be the final score of the contest.

Clay- Chalkville falls to 3-1 on the season with plenty of opportunity to respond. Pinson Valley continues its undefeated season and improves to 4-0.

“Both teams played very hard and should be proud,” coach Nix told the teams after the game on the field. “We very might be seeing each other again down the road.”