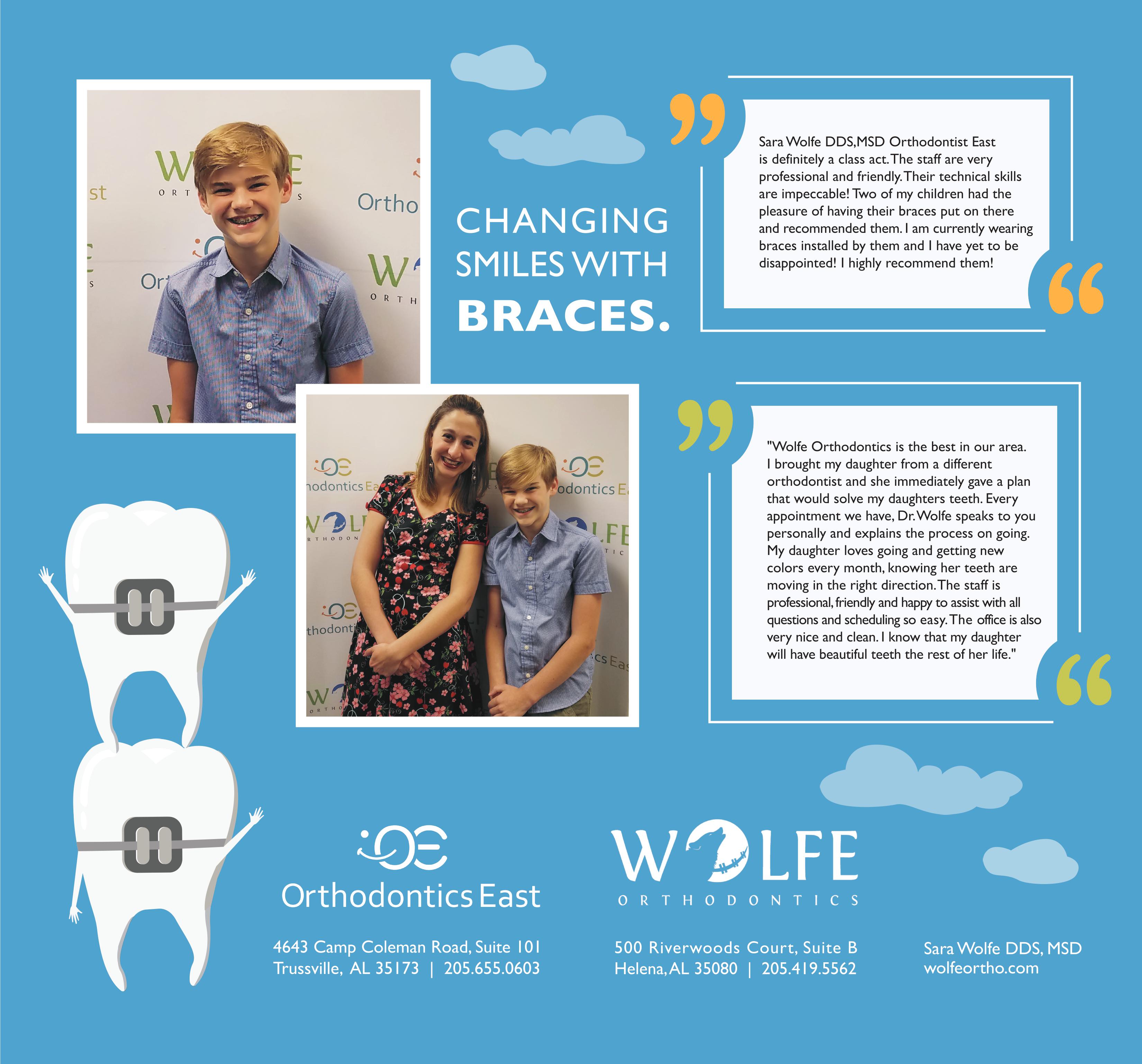 Orthodontics East in Trussville a ‘personal’ and ‘family oriented’ practice

TRUSSVILLE – Dr. Sara Wolfe says it was the “close knit and friendly” nature of Trussville that played a crucial role in influencing her to open her practice’s second office in the city in 2013. 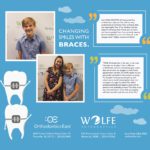 Wolfe, who also practices orthodontics at her original office in Helena, said her work has nothing to do with cosmetic surgery.

“Orthodontics is the correction of the alignment of the teeth and bite with appliances,” she said of what her practice is all about. “There are a variety of conditions and appliances used in orthodontics but most commonly we use traditional braces and Invisalign.”
Orthodontics East deals in many different issues regarding the mouth. This is different than general dentistry, which deals with fillings, crowns, veneers, whitening, dentures and cleanings. General dentists also treat conditions like tooth decay and periodontal disease, a gum disease.

According to Wolfe, orthodontists are first trained through four-year programs to obtain a doctorate degree in dental surgery or or a doctorate of dental mMedicine degree. They receive two to three years of specialty training in orthodontics after dental school.

Incognito or lingual braces are placed behind the teeth so they can’t be seen. Invisalign aligners function similarly but are clear and not made of metal or wire, materials with which many other types of braces are made.

A native of Dayton, Ohio, Wolfe has an extensive background in science studies. She studied several fields before deciding on orthodontics.
She opened her Helena office in 2010.

“I knew I wanted to work with people, but didn’t want to practice medicine,” Wolfe said. “I come from a very large family of physicians and wanted a more “creative” job where I could work with my hands but still help enhance people’s health.”

In 2013, Wolfe bought an office in Trussville from a doctor named George Nelson, who retired. This new office was named Orthodontics East. She and the staff alternate days between the locations in Trussville and Helena.

“I started in college as an engineering major and then slowly progressed to biology and chemistry,” she said of her background. “I moved to Birmingham in 2008 when I graduated orthodontic residency and met Dr. George Nelson in 2009 and learned about the Trussville area. It is a growing community but still very close knit and friendly. There are a lot of families and the residents take pride in their community. It has all the qualities of a community that one would want to practice in.”

Wolfe said that there are a couple of factors that could indicate one may need to set up an appointment with a professional orthodontist. Often times, people make appointments with Wolfe after receiving referrals from dentists.

“There are typically two ways a patient finds me,” she said. “The first is when they have concerns about their appearance, alignment or their bite and come to see me to address those concerns. The second is when their general dentist notices a problem (that they may not see) and refers them for me to evaluate.”

Some of the most common problems that Wolfe runs into are spacing (gaps between teeth), crowding (not enough space between teeth) and overbites. More rarely she comes across patients with habits such as thumb sucking past six years old, as well as extra or missing teeth. She said growth conditions of the body can affect bite and alignment.

For those who have financial concerns, Orthodontics East has a way for patients to pay their bills through in-house financing and care credit.
“We offer in-house financing, including no-down-payment options,” Wolfe said. “I am a preferred provider for many insurance plans for patients that have insurance. We offer care credit, which is a third party financing company that offers lower monthly payments spread out over a greater time period.”

Like many other medical groups, Wolfe Orthodontics has adapted to the digital age. Wolfe organizes its records electronically and keeps contact with patients via email and text. Wolfe also uses social media to interact with her patient base.
“We use email and text communication for appointment reminders and bill payments,” she said. “We communicate with our patients through a monthly newsletter which is sent out through email. We are currently working on a new website which will allow for patients to post pictures of their smiles and to share their orthodontic experience through Instagram.”

There are currently no plans to expand or open any other offices. Wolfe said that with her practice she offers a personal touch and is geared towards a family setting in her offices.

“There are no more locations planned as I intend to practice as the sole doctor in my two locations,” she said. “I like to keep things very personal and family oriented.”