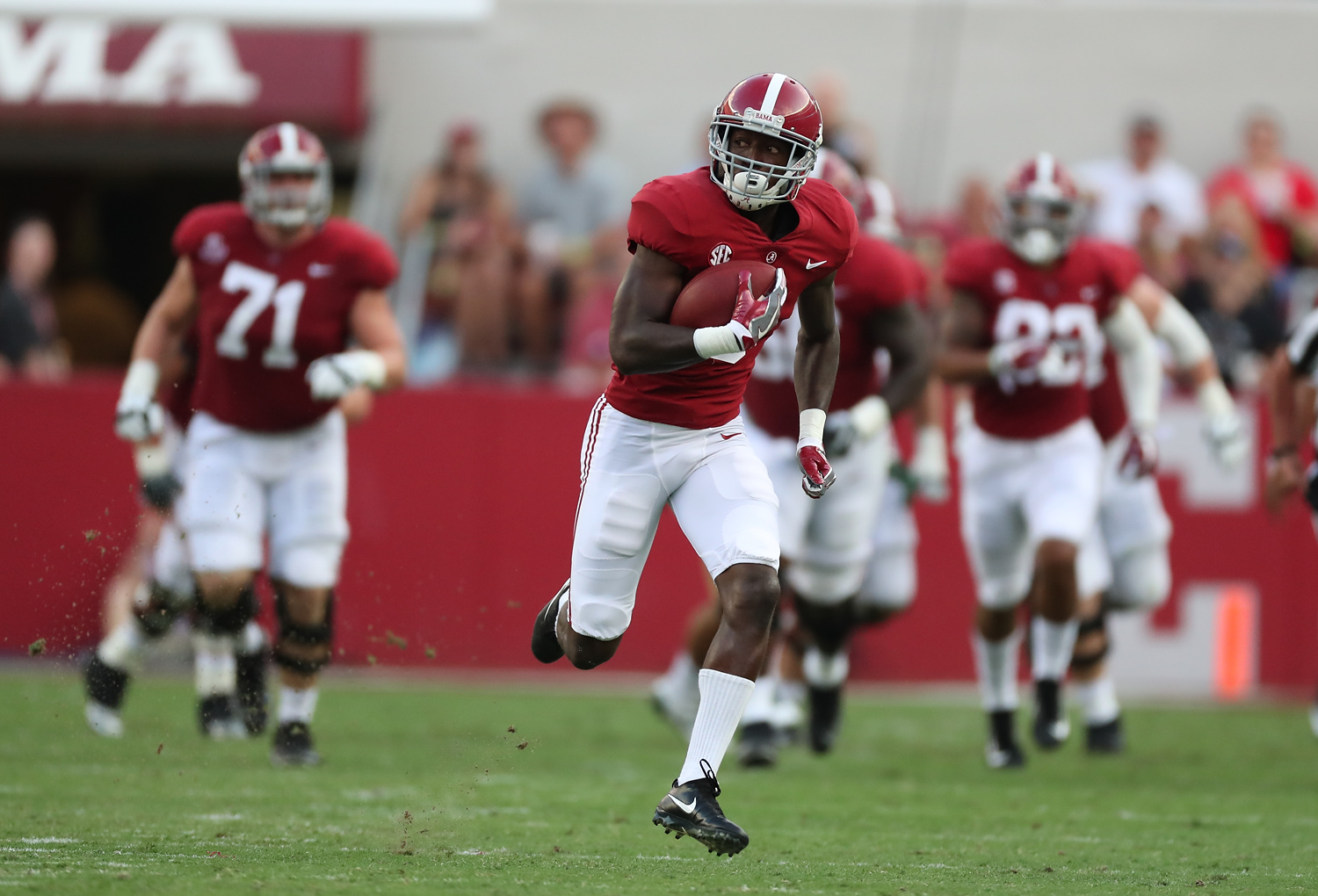 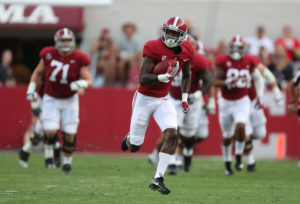 Hurts finished the game 12-of-17 for 248 yards and two scores through the air, and a game-high 103 yards on the ground on 11 carries to lead the Alabama offense.  The game marked Hurts’ sixth career 100-yard rushing game and his second in a row.

Junior Calvin Ridley led all receivers with 92 yards on three catches, including a 78-yard touchdown reception in the first quarter. With 2,031 career receiving yards, Ridley is now the fifth 2000-yard receiver in Alabama history.

For the second-consecutive game, Alabama scored on its opening drive of the game, going 75 yards in six plays, capped by Hurts bolting up the middle for a 27-yard touchdown run, putting the Tide up 7-0 with 12:43 left in the first quarter.

Following a Colorado State three-and-out, the Crimson Tide needed just four plays to go 95 yards and score its second touchdown of the game when Hurts found Ridley streaking down the field for a 78-yard touchdown, giving Alabama the 14-0 lead with 8:56 remaining in the opening quarter. The 78-yard hookup set a new career-best long pass for Hurts, surpassing his previous long of 71-yard on a pitch-and-catch against USC on Sept. 3, 2016.

After the Rams went three-and-out again, the Tide scored on its third-straight offensive drive of the first quarter.  Senior kicker Andy Pappanastos netted a career-long 46-yard field goal, giving Alabama the 17-0 lead with 5:13 left in the first quarter.

After Alabama missed a 52-yard field goal to open the second quarter, Colorado State drove down the field in 12 plays, setting up a 27-yard field goal that trimmed the Tide lead to 17-3 with 10:34 left in the half.

The Tide came up empty on its next drive, while the Rams responded with an 11-play 85 yard drive that ended with a four-yard touchdown run, cutting the Alabama lead to seven with 2:18 on the clock.

The Tide answered quickly, taking just a minute and 18 seconds off the clock, after senior wide receiver, Robert Foster, took Hurts’ short pass through the entire CSU defense for a 52-yard touchdown.

The Tide led the Rams 24-10 at halftime, amassing 301 total yards of offense in the first half.

Colorado State opened the second half by driving the ball to the UA 33-yard line before senior defensive back Levi Wallace tipped the CSU pass up in the air where Harrison snagged it out of the air for the interception at the 12-yard line.

Alabama capitalized on the Colorado State miscue, rumbling 88 yards on 14 plays, and finishing the drive with a nine-yard touchdown run by junior running back Bo Scarbrough, extending the UA lead to 31-10 with 6:52 to go in the third quarter.

On the following CSU drive, the Rams possessed the ball at the UA 48-yard line before attempting a deep pass down the right side that found Jones for an interception. Jones returned the pick 65 yards to the CSU 11-yard line.

The Alabama offense made Colorado State pay two plays later with a five-yard touchdown run by junior running back Damien Harris, pushing the Tide advantage to 38-10 with 5:18 left in the third.

In the fourth quarter, the Tide added to its lead when Pappanastos netted his second field goal of the night, this time from 43 yards out, capping an eight play 65-yard drive with 14:51 left in the game.

CSU added a touchdown with 9:53 left in the on the clock on a five-yard run on fourth down, to make it 41-17. The Rams struck again with 1:46 remaining in the contest with a three-yard touchdown pass, to cut the UA lead to 41-23. The Tide stood tall on the two-point conversion, batting down the pass attempt to keep the score at 41-23.

Alabama returns to action Saturday, Sept. 23, with its SEC opener against Vanderbilt in Nashville, Tenn. Kickoff is set for 2:30 p.m. CT with the game airing on CBS.