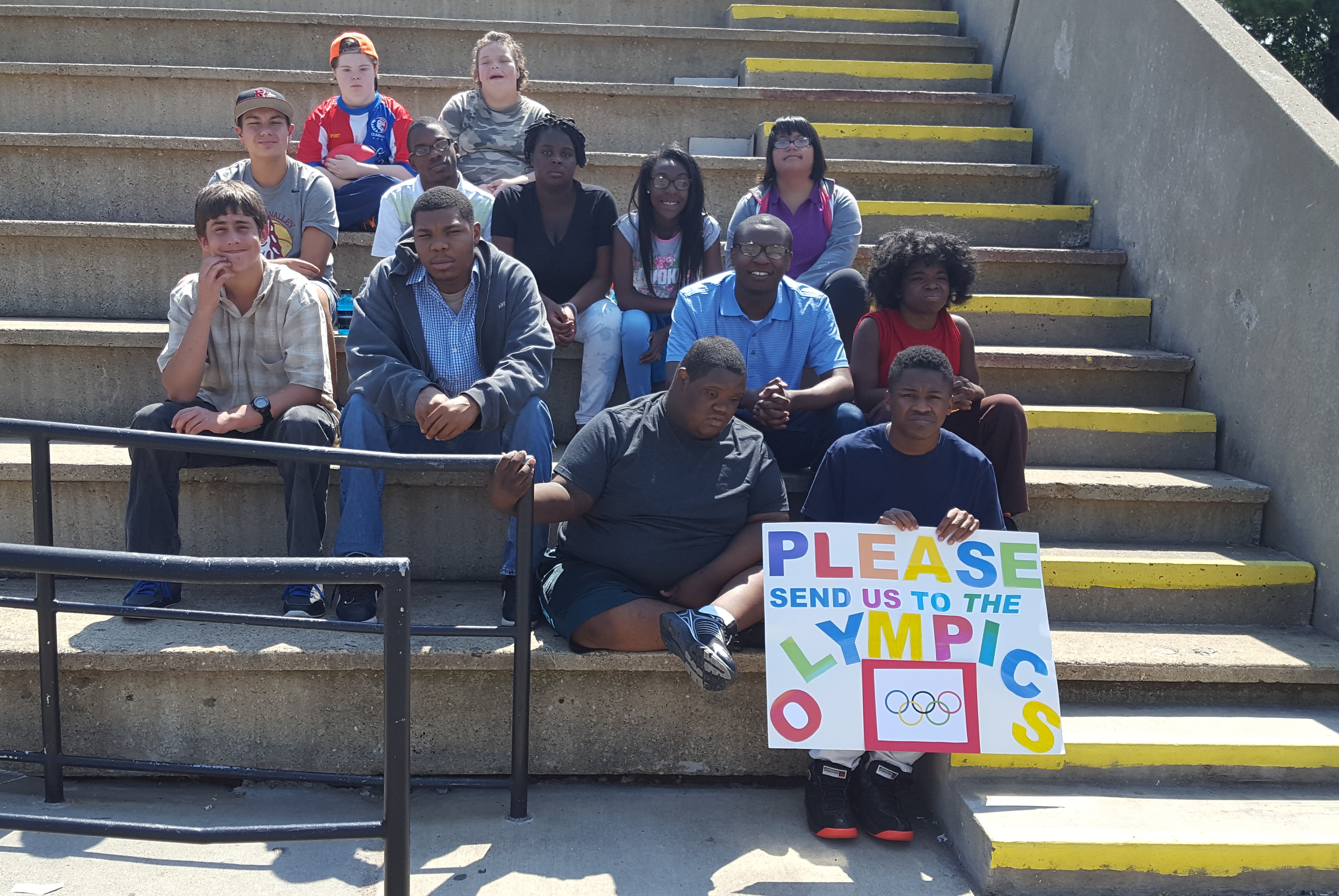 PINSON — At a meeting on Aug. 17, the Pinson City Council began with recognizing students from an exceptional education class from Pinson Valley High School that pulled off feats at the 2016/2017 Alabama Special Olympics, earning them gold and silver medals and applause from the crowd. 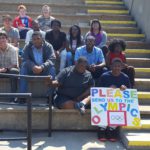 It may not come as a surprise that if you walk through the halls of the high school you’ll eventually come across the door to the exceptional education classroom, which is painted with the words, “Class of Champions”.

Their teacher is Elizabeth Martin. Though she had been teaching at PVHS for 20 years, Martin is now in her second year as a teacher of exceptional education. Last year was her first in leading the class at the Special Olympics.

Last year, they went to eight events in Jefferson County and the basketball team qualified for the state tournament in Montgomery where they placed fourth in their division. Prior to this, the team won the Jefferson County division competition.

“We had such a stellar year last year,” she said. “We set the bar so high. It seemed like nothing could go wrong.”

At the Special Olympics, students take part in various sports, including basketball, volley bally, track and field, long jump, softball, and many others.

Later in the year, events will be held for swimming, volley ball, soccer, canoeing, as well as dancing events for Halloween and Valentine’s Day.

Martin said that the Alabama Special Olympics is a program that special education students from all schools in Alabama’s districts participate in. Students compete at a local level, meaning that they will play against others in whatever county they reside in for a chance to go to the state Olympics.

“Most of them don’t care if they win or lose, they just enjoy doing something that everybody else does and takes for granted,” Martin said.

Travel to the games can be costly, especially if it’s by bus. According to Martin, buses tend to cost $1.20 per mile and bus drivers are paid $10 per hour with a minimum of three hours driving. And with the growth of her class, this year they will have to take two buses.

Martin presented a list to the Pinson City Council of proposed expenses for Special Olympic events and tee-shirts for 2017 to 2018. With the combined cost of event s and tee-shirts, expenses would amount to $3,062.56.

But no money is budgeted for students to take part in games, so money has to be raised in order to fund trips. When Martin started last year, she decided to do things differently than previous teachers, who would raise money by selling baked goods and so on. She turned online to DonorsChoose.org.

After she made a proposal to Donors Choose, her request for her project to be featured on the website was accepted. But with Donors Choose you have to meet your goal of however much money you want to raise in six weeks or else funds are returned to the donors.

Fortunately, she was able to meet her goal of raising $1,800.

“One donation came from a little girl in Trussville who said that she had a cousin who was special needs,” Martin said. “And for her birthday she asked her grandmother to give her birthday money to the kids here at Pinson Valley instead of a present, and the grandmother did that.”

But she still needed more. When she approached the Pinson City Council, they sponsored her team for $900. With the money now secured they were able to fully participate in the activities at the Special Olympics.

This year, Martin said that she is aiming for $3,800 for future competitions. In addition to raising more funds through Donors Choose and assistance from the council, she has received help from Steel City Pops, which will donate 20 percent of the profits they make selling at football games.

The next couple of events will be for volleyball this month in September and a swimming competition in the first week of October.

“We have a good chance to qualify for state if we don’t win our division,” she said of their chances of winning in volleyball. “We have a good team. We have several that are returning from last year and some new ones from this year that show some promise, so I feel really good that we’ll probably go to the state in volleyball.”

Life can be hard for those with disabilities, especially for those with mental challenges. But events like the Special Olympics are about more than athletic competition for those taking part in the games.

“It provides them recognition,” Martin said. “Everybody else’s kids get recognized and get trophies for baseball or basketball or academically get recognized for their grades. These kids don’t get recognized very much. They work so hard; it’s just not at a level that anybody looks at. And Special Olympics gives them that chance to shine and be recognized.”

Anyone who is interested in donating to the next trip may send money to 6895 AL-75 in Pinson, attention of either Elizabeth Martin or Special Olympics. Donations are tax deductible.