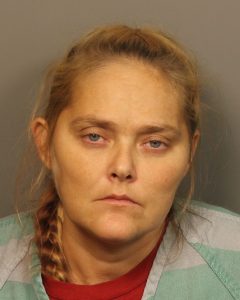 A Birmingham woman has been arrested and charged with murder for her role in a 2016 traffic crash that claimed the life of another woman. 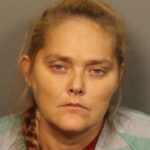 Rebecca Ann Watson, 42, was arrested in Orange County, N.C. earlier this week for an outstanding warrant and returned to Jefferson County today. She remains in the Jefferson County Jail with bond set at $30,000.

On May 23, 2016, deputies responded around 9 p.m. to a report of a single-vehicle traffic accident in the 5900 block of Snowville-Brent Road in western Jefferson County.

They arrived to find a 2005 Chevrolet pickup in a ditch. The driver of the truck, who was later identified as Watson, suffered minor injuries and was taken to an area hospital.

The passenger,   Tammy Gail Marie Bernard, 56, suffered life-threatening injuries and was unconscious. She was taken to an area hospital where she died on June 1, 2016.

Information on the scene indicated that the driver had been under the influence of alcohol at the time of the crash. Sheriff’s detectives conducted an investigation that included requesting medical records and toxicology from blood drawn following the accident. The information took several months to compile. Detectives completed their investigation and presented their findings to the District Attorney’s Office in May.

At that time an arrest warrant was issued charging Watson with murder. However, by then Watson had left the state of Alabama.