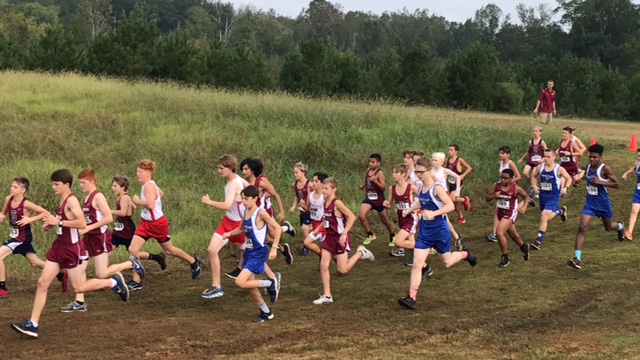 The Hewitt-Trussville cross country teams had a superb showing at the St. Clair County Invitational on Saturday. 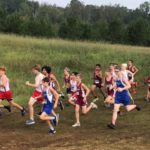 The Huskies high school boys dominated the 5K race with four of the top seven finishers and five in the top 15. Hewitt-Trussville won the race with 29 points. Hartselle was a distant second with 89 points.
Springville was sixth with 152 points.

Senior Thomas Wolfe led the Huskies with a time of 17:19.08, and senior Carson Spruiell was second at 17:24.24. Freshman Aaron Himes was fourth, senior Josh Jenkins was seventh and sophomore Mac Brooks 15th.

In the girls varsity 5K race, the Hewitt girls were a close third. John Carroll Catholic took first with 47 points, with Prattville at 52 and Hewitt at 53.

Leading the Huskies was freshman Amelia Brady with a time of 21:00.91, just behind John Carroll’s Lindsey Granier (20:23.03). Junior Sydney Hall was third (21:08.38), Helena Steen was ninth, Olivia Kilpatrick was 18th, Ariana White 28th, Olivia Braswell 36th and Samantha Vise 37th to round out the Hewitt scorers.

In the boys 2.1 mile race, the Hewitt boys ran away from the pack with 20 points. Hartselle was a distant second (60).

Eighth-grader Maci Mills won the race at 13:47.47. Right behind were teammates Sophia Knox, Hannah O’Kelley, Mia Cane and Ella Reese Willoughby. Olivia Browning and Landry Watson rounded out the scorers. O’Kelley is a seni or while the other girls are seventh-graders.

In the boys varsity 5K race, Rudd’s Aaron Martinez (18:17.43) finished a strong 35th. Martinez was the highest-finishing seventh-grader in the race.