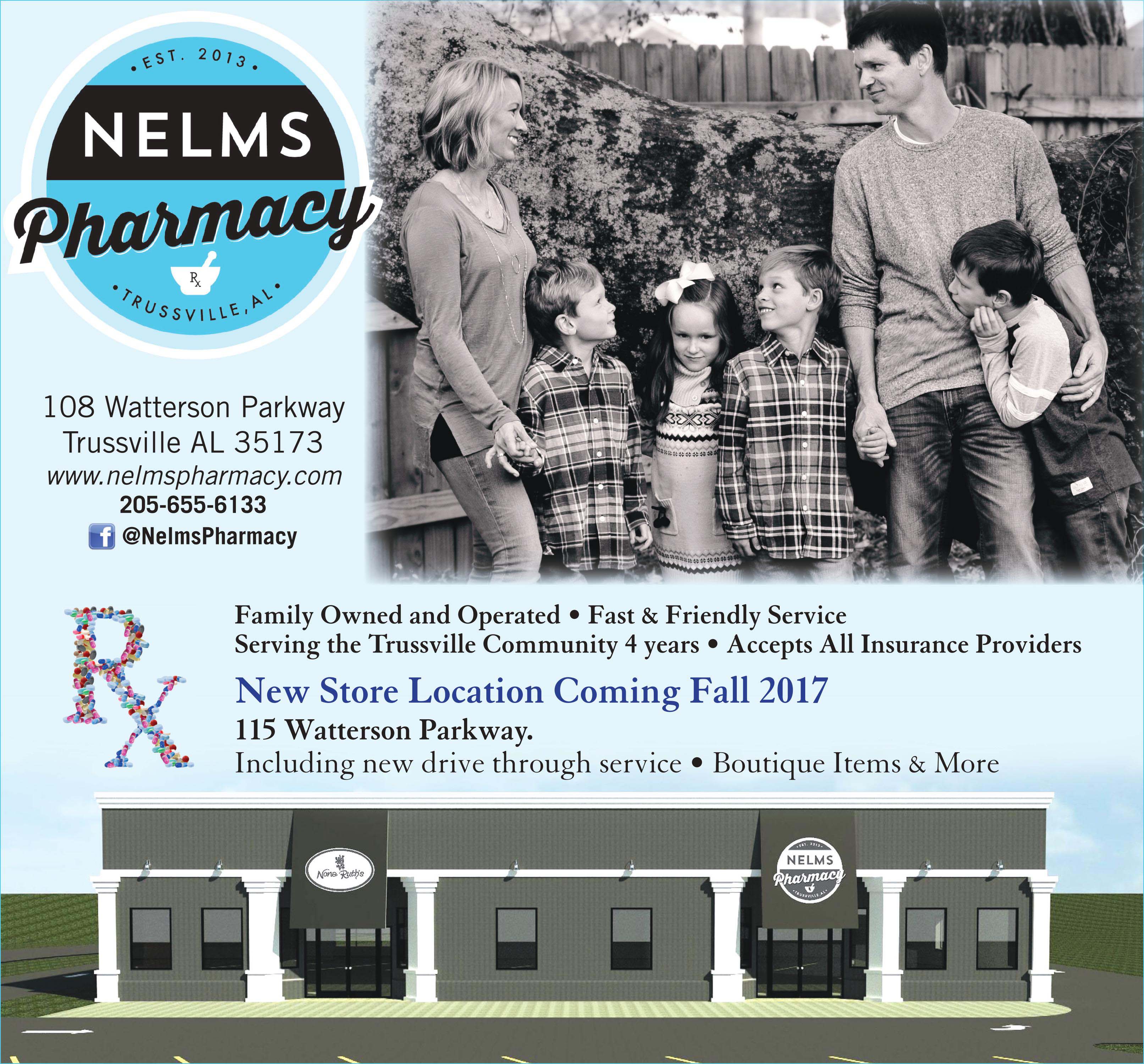 TRUSSVILLE — In a day where chain drug stores can be found on any corner, it may be hard to believe there’s room for independently-owned pharmacies. But Nelms Pharmacy owners and Trussville residents, Chace and Kenley Nelms, have a deep understanding of the role hometown pharmacies play in a community. 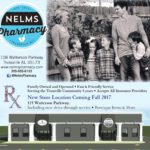 According to the married couple, it’s the personal relationship a pharmacist can establish with customers that often sets an independent pharmacy apart.

“A difference you often see with a family-owned pharmacy like this, is the one-on-one attention with Chace, our pharmacist,” said Kenley Nelms. “He is the one who oversees all the medication distribution. This gives people an opportunity to have, in my opinion, better healthcare because customers’ familiarity with him and accessibility to him makes it easier to ask questions.”

Chace and Kenley opened Nelms Pharmacy in May 2013. Previously, Chace was a pharmacist and eventually the pharmacy manager, for nine years at Wal-Mart in Trussville. But his goal was always to own a pharmacy.

“He always had his heart set on opening his own place, just like his parents once owned,” Kenley said.

As a young child, Chace’s parents owned a pharmacy in Leeds. The pharmacy business is truly a family business in the Nelms bloodline. Chace’s father, uncle and brother are also pharmacists.

“When my dad had his pharmacy, I was in elementary school, so it was an influential time in my life,” Chace said. “I would walk home from elementary school to the pharmacy and watch as my mom and dad helped people in the community. I’m really fond of that period in my life.”

In four years, the business has grown quickly. So with the need for more space, Nelms Pharmacy will be moving in September from its current location at 108 Watterson Parkway to a new building under construction across the street at 115 Watterson Parkway. The new store will have twice the space.

Another important way Chace and Kenley have managed growth is by adding employees. Currently, the pharmacy employs three technicians and two afternoon cashiers, one of whom is in the co-op program at Hewitt-Trussville High School. The pharmacy has utilized students from the high school co-op program for the past two years.

But as the business grows, so do their customer’s needs.

Since the doors first opened, Nelms Pharmacy offered home delivery, particularly for those who are elderly and either living at home or in an assisted-living facility. Curbside service has been popular with customers too.

“That’s especially helpful to mothers with babies in the car,” Kenley said. But the new building will have a drive-through window. “Adding the drive-thru window was important to be able to serve more people in that way.”

Aside from the pharmacy, Nelms has also become a popular place to pick up gifts and other items. Kenley maintains an inventory of candles, stationary, jewelry, skin care and make-up as well as toys and other gifts for children.

“I just try to have a little bit of everything here, so if somebody comes in to fill a prescription and they remember that they have a birthday gift to pick up, hopefully I have something for them.”

The new location will continue to have plenty of gifts and accessories, but Chace and Kenley are especially excited about the addition of a classic pharmacy-style soda fountain that will have ice cream treats and more.

The pharmacy’s steady base of customers is important to Chace and Kenley and they are confident customers will enjoy the changes at the new location.

“The majority of customers over the years have become like family,” Chace said. “People call me on my cell phone when they need me. We meet people up here after hours. We stay open if a customer calls us.”

For the Nelms, family business is serious business.