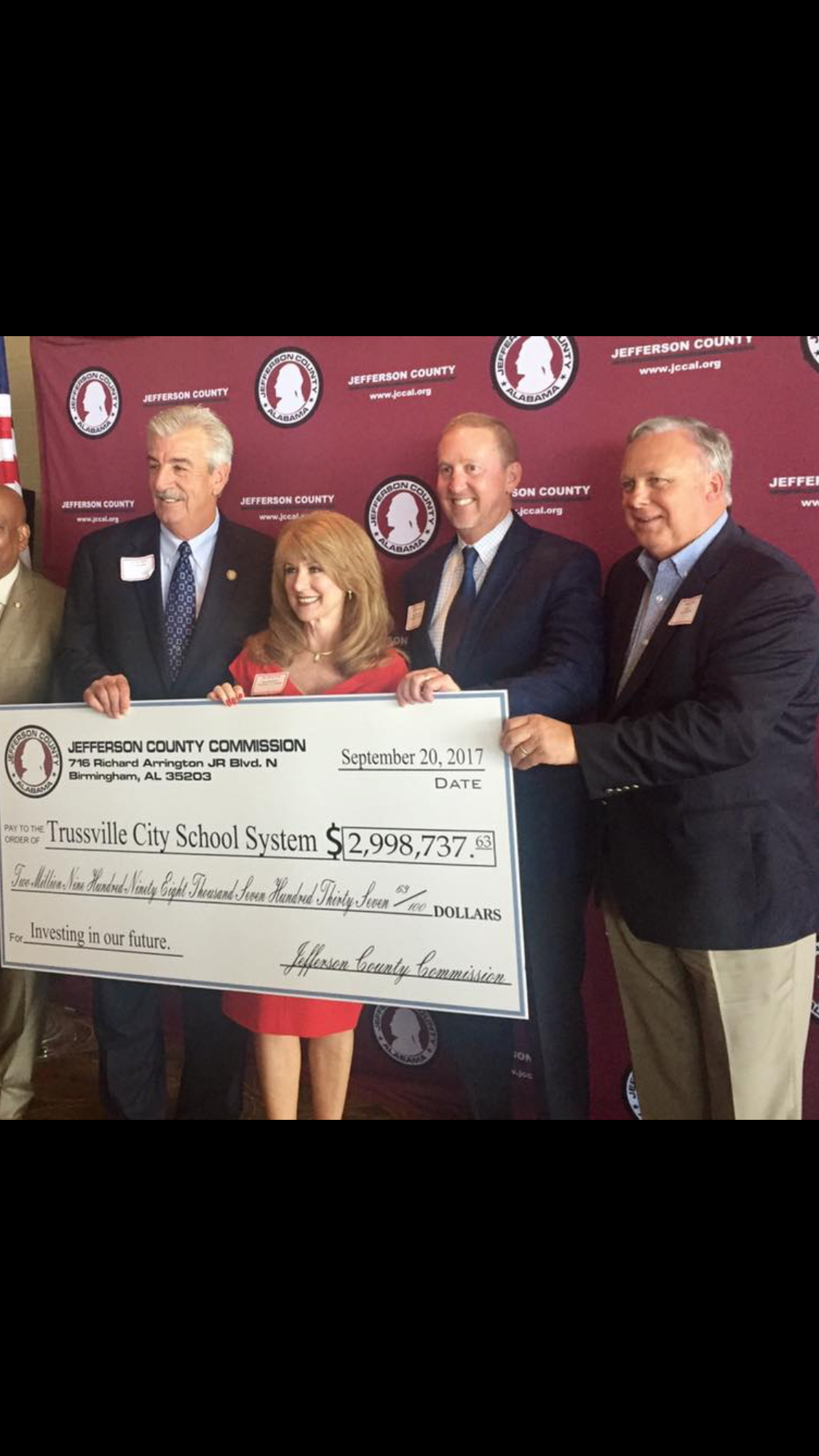 TRUSSVILLE – On Sept. 22, Trussville schools received a major grant of $2,998,737.63 from the Jefferson County Commission with help from the County Legislative Delegation. 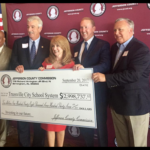 The Trussville school system was among 12 systems in the county to receive funds from the commission, with Jefferson County Schools getting $24,052,659.26. Tarrant City Schools received $774,546.94 while Leeds City Schools were granted $1,266,713.39. Altogether, $69 million were distributed.

“The funds were allocated based on the number of students in each school district,” said Jefferson County Commissioner Joe Knight in a statement. “This one-time windfall will greatly benefit the schools in our area.”

According to the statement, in 2018 schools in the county will begin dividing $18 million on a “pro rata basis” per year, for the next 25 years.

“This Commission, our local legislators, the mayors and city councils, and the collective family of school personnel and officials are dedicated to the future of our students,” Knight said. “We want to ensure that the youth in this county will have every opportunity to succeed in getting an education. I am proud to be a part of this team and I am honored to serve as your Jefferson County Commissioner.”