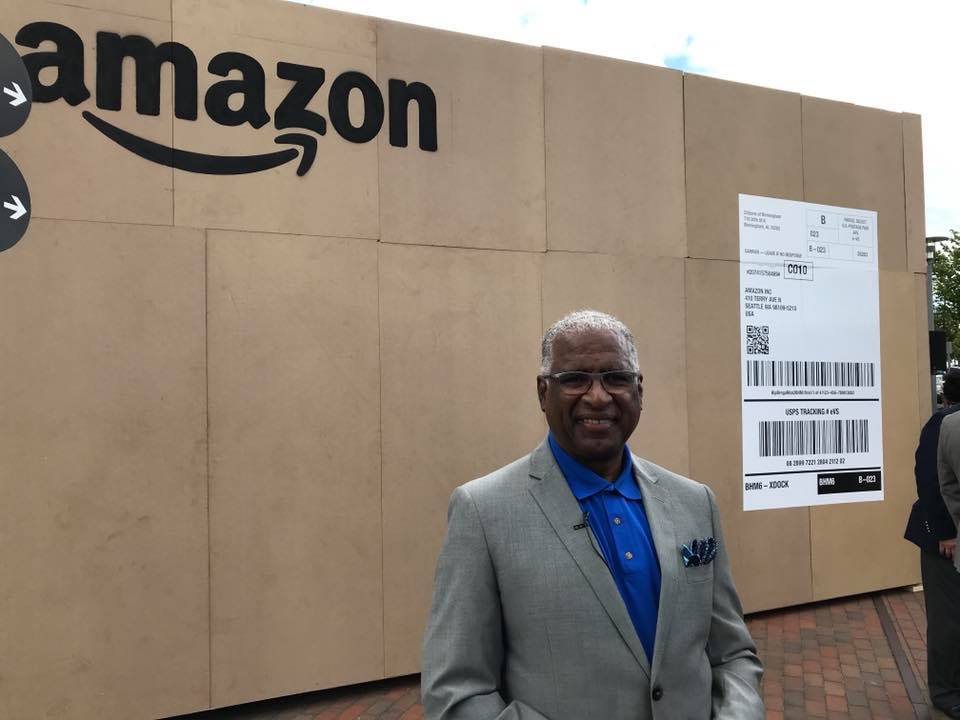 BIRMINGHAM – At a press conference in Railroad Park, Birmingham mayor William Bell announced a campaign to bring a second headquarters for corporate giant, Amazon, to the city. The campaign has been dubbed Bring Amazon to Birmingham or BringAtoB. 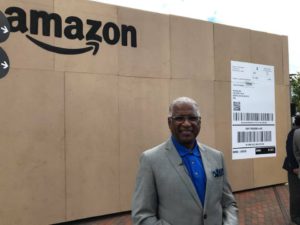 “Amazon needs a city which thinks like they do – big and creatively,” Bell said. “Over the last decade, our city has relentlessly invested in infrastructure and technology. In doing so we’ve built a thriving creative and economic landscape that’s primed for a company like Amazon. That’s why we are calling upon everyone to help deliver a powerful, welcoming message to Amazon.”

Recently, Amazon issued requests for proposals on where to establish another headquarters location. Part of the effort to convince Amazon to come to Birmingham has taken the form of erecting large boxes with the company’s logo on several streets in the city, including Railroad Park, the Pizitz and a future box to be set up at Legion Field.

Bell requested citizens of Birmingham to take part in the campaign by being active on social media, using #BringAtoB and tagging Amazon. A website has already been set up at bringatob.com.

“Every great city across the United States is competing for consideration – bringing everything they can to the table to stand out,” Bell said. “But we have a big advantage over all those: our citizens. Their united voice will undoubtedly prove to Amazon that Birmingham is a bold bet worth making.”