Birmingham Police officials are investigating the shooting death of a man killed Monday night in Birmingham. 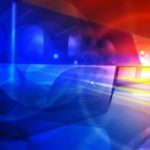 Korderal Antoine Anderson, 29, was allegedly  shot in the 5900 block of Ellington Street in Roosevelt City.

Anderson, a resident of the Dolomite area, was driven to UAB West in Bessemer where he was pronounced dead at 10:27 p.m., less than an hour after his arrival. Police questioned witnesses at the scene about what happened.

According to authorities, the victim and the suspect were cousins and that there were tensions in the family. Anderson and the suspect apparently encountered each other suspect’s daughter’s apartment where witnesses said that a single gunshot was heard.

The suspect has turned himself in to authorities.