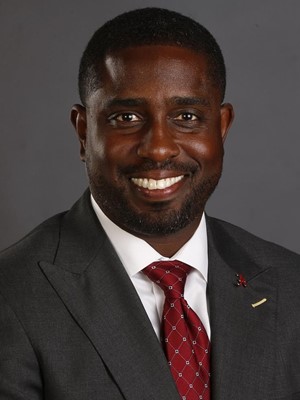 TUSCALOOSA –Kobie Baker, associate athletic director at the University of Alabama, has resigned following an internal investigation into matters associated with the recent FBI probe into collegiate basketball, according to The Tuscaloosa News.

UA initiated the investigation because school officials believed Baker, who was not charged with a crime, was the staff member mentioned as having met with Chuck Person and Rashan Michel who were indicted.

That staff member allegedly accepted money to use his influence to arrange a meeting with the father of a highly recruited incoming freshman. The father and player were not named in the FBI report, but based on available information, the player is believed to be Colin Sexton.

“Following yesterday’s reports from New York regarding a Federal investigation of intercollegiate athletics, The University of Alabama Department of Athletics immediately initiated an internal review of our men’s basketball operations. As a result, we have accepted the resignation effective today of Kobie Baker, a men’s basketball administrator. Our review has not identified any NCAA or SEC rules violations nor the involvement of any other coach or staff member. We have notified both of the governing bodies of the actions we have taken. As always, we will continue to be proactive in our compliance efforts.”

To read the full report in The Tuscaloosa News, click here.