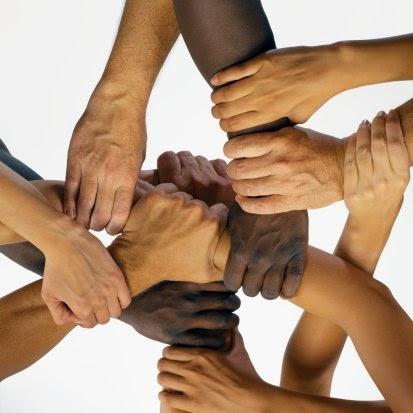 BIRMINGHAM — The city of Birmingham has become the first city in Alabama to pass a nondiscrimination ordinance, which will establish a “Human Rights Commission” to serve as an advisor to the city council in cases of civil rights complaints. The ordinance was passed unanimously at a regular meeting Tuesday morning.

The ordinance was Item 1 on the agenda and was described as prohibiting discrimination “on the basis of a person’s real or perceived race, color, religion, national origin, sex, sexual orientation, gender identity, disability, or familial status; provide for a Human Rights Commission to act in an advisory role to the Mayor and Council on matters related to eliminating discriminatory practices within the City; and provide for enforcement, and the hearing of all interested parties.”

This recent resolution also includes protections against discrimination in housing and accommodations.

Although national anti-discrimination laws are in place, the ordinance passed Tuesday in Birmingham will allow a complainant to take their case to a municipal court as opposed to federal entities, namely the Equal Employment Opportunity Commission and the U.S. Department of Justice.

Punishment for violating the ordinance would be paying a $100 fine for a first offense, $200 for a second offense to the maximum of $500. The Human Rights Commission would not have the authority to issue fines, summons, warrants or other actions that would be left to the magistrate of a municipal court.

A public hearing was held in which there was little opposition to passing the ordinance. Fourteen speakers stood to address the council, mainly concerning Birmingham’s LGBT community. Among the speakers was Patricia Todd from District 54 of the Alabama House of Representatives and an openly gay politician.

Many of the speakers voiced their reaction to the lack of anti-discrimination policies in Alabama cities prior to Tuesday. They expressed concerns to what they said was the possibility of people being fired or denied housing due to sexuality, race, gender, national origins and religious beliefs.

Some references were made to the recently launched campaign by Birmingham Mayor William Bell to convince Amazon to locate a second headquarters to the city, saying that an anti-discrimination policy would help in economic development by attracting more businesses to the area.

“This is extremely important to Birmingham and economic development as companies look to where they want to locate,” Todd said. “It’s hard enough to recruit people into Birmingham anyway. We’ve held off the legislature from passing many bad bills that would hurt economic development. This will help us. This will help Birmingham be the first. If we don’t do it this year, another city will beat us to it and I don’t think we want that.”

One speaker, Birmingham resident Keith Williams, related a personal story about being stopped at night and held at gunpoint by several police officers while living in Virginia. The speaker, who is black, said that the incident occurred because of his race and expressed urgency in passing the policy.

This was later echoed by Councilor Lashunda Scales, stressing that the policy applied to all people, especially for minorities.

“We can debate about whether or not you have a sexual preference or whatever,” she said. “But I don’t want people to think that’s all that this ordinance addresses. That’s why I’m going to support it: because it talks about discrimination, period.”

A dissident voice came from one speaker, Takia Hudson, a Birmingham minister, who did not expressly oppose the ordinance but suggested minor adjustments to insure that politicians or businesses that disagree with homosexuality are allowed their opinions. He also voiced concerns about the impact of increasing acceptance of the LGBT community on heterosexual families.

“We just have to be careful about how we look at this and how one group may piggyback off a very, very innocent move to pursue their own personal agenda,” he said. “I love everyone, don’t misinterpret what I’m saying, but I don’t have to love what you do.”

There was no opposition from the council itself as it passed the ordinance unanimously. Councilor Stephen Hoyt said that while the document is “not perfect,” they “can work with it.”

The next Birmingham City Council meeting will take place on Oct. 2 at the third floor of City Hall at 9:30 a.m.