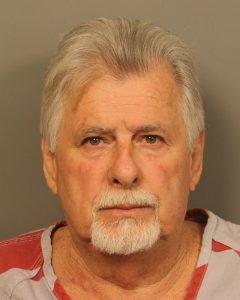 From  The Trussville Tribune staff reports

A 66-year-old man has been arrested and charged with capital murder in connection to a shooting incident in July in which the suspect claimed to be the victim of a robbery. 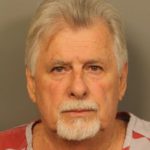 Kenneth Delvin Rhodes, 66, of Cordova was arrested Wednesday afternoon.  He is being held in the Jefferson County Jail with no bond.

The arrest stems from an incident that occurred on July 3 when Jefferson County Sheriff’s County deputies responded to a report of a person having been shot at a business in the 7100 block of old Jasper Highway in Dora.

Carlos Danyell Cole, 20, was pronounced dead on the scene.

Rhodes suffered a gunshot wound to the abdomen and was taken to an area hospital.

Deputies learned that a third man had fled the scene on foot. He was located walking nearby.

Rhodes told investigators that he had been at his business when two men in a gold car pulled up, allegedly to rob him. Rhodes and his security guard exchanged gunfire with the men.

Over the course of the investigation, detectives discovered evidence that indicated that the claim of an attempted robbery was false.

Investigators discovered that Rhodes was operating an illegal gambling establishment at the address.

Two weeks prior to the shooting, the business was robbed at gunpoint by two men in a gold car.

On the day of the shooting, Cole and a friend went to the business to gamble. They never made it to the building because they thought they were at the wrong place. They turned around to leave. Rhodes and a security guard blocked them in and pointed guns at them. Gunshots were exchanged and both Cole and Rhodes were struck.

On Wednesday, Sheriff’s detectives reviewed their investigation with the District Attorney’s Office and obtained an arrest warrant charging Rhodes with capital murder.

The investigation is ongoing and additional charges are expected against others involved.