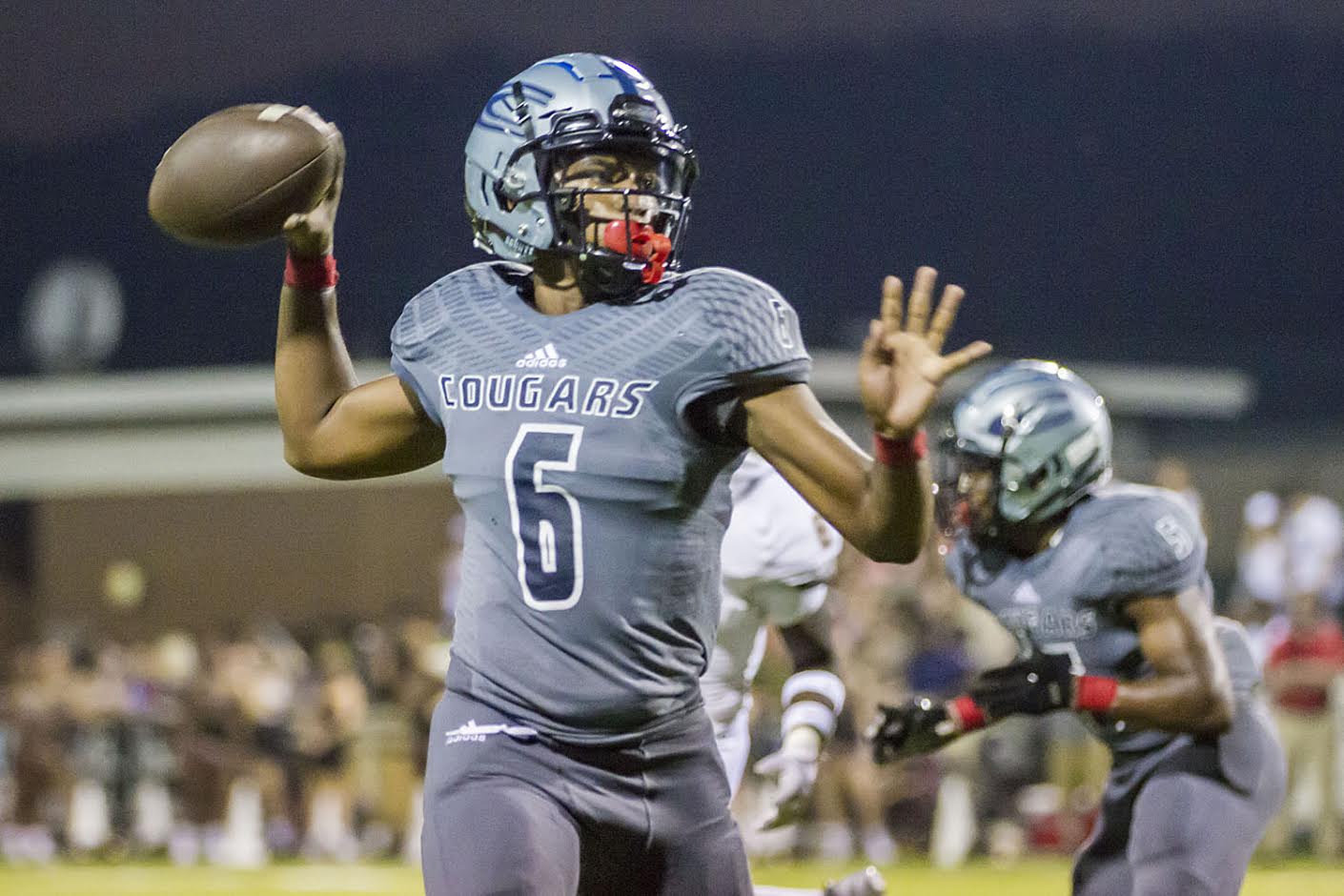 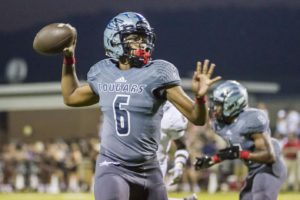 Willie Miller threw touchdown passes to Roderick McCloud, Logan Pruett and Terrill Cole, and Quentin Young ran for a touchdown as the Cougars improved to 5-1. James Clemens dropped to 1-4.

“The entire defensive line played well, and then I thought the linebackers did really good … Derrick Bean and D’Markes Davis had good nights and then Josh McIntosh gets hurt during the game and Alfred Thomas comes in at the Will and we didn’t miss a beat. It’s a really positive thing that we can take a younger guy like that and plug him in.”

The Cougars opened the scoring with an 11-play, 89-yard drive, keyed by a Miller-to-Cole connection for 46 yards. Young finished it off with a 4-yard blast. Jaren Van Winkle added the extra point and Clay led 7-0 with 7 minutes left in the first quarter.

Clay-Chalkville put together a nine-play, 65-yard drive early in the second quarter. Miller connected with McCloud for a 17-yard TD with 8:12 left. Van Winkle made it 14-0.

After another three-and-out for the Jets, Jaylin Mack had a nice punt return to set the Cougars up at the Jets’ 47. It took five plays to score. Miller hit Cole for 19 yards, then found Pruett in the end zone for a 23-yard score. Pruett made a fine catch, fighting off pass interference to make the grab. Van Winkle’s PAT made it 21-0 with 1:11 before the break.

The Cougars bottled up running back Devon Atkinson all night and Jets freshman quarterback Connor Cantrell couldn’t get anything going in the passing game. The Cougars held the Jets to one first down in the opening half and just 24 yards of offense.

The Cougars came up with three turnovers and didn’t turn it over. D.J. Dale and Judah Walton recovered fumbles and Mack intercepted a pass.

“The execution, it was better,” Gilmer said. “We’re on the right track offensively, but we’ve got to continue to develop. Quentin Young had a great night for us, and Willie did a good job at quarterback, the receivers did a decent job, but to be honest with you, the highlight was our offensive line and Leroy King at fullback. At the end of the day, that’s what made it go.”

Miller finished 17-of-30 for 238 yards and three TDs. Young rushed for 86 yards on 24 carries and scored once. Cole wound up with eight catches for 143 yards and McCloud had six for 48 yards.

The Cougars jump back into region play next Friday with a key matchup with Gardendale at Cougar Stadium.