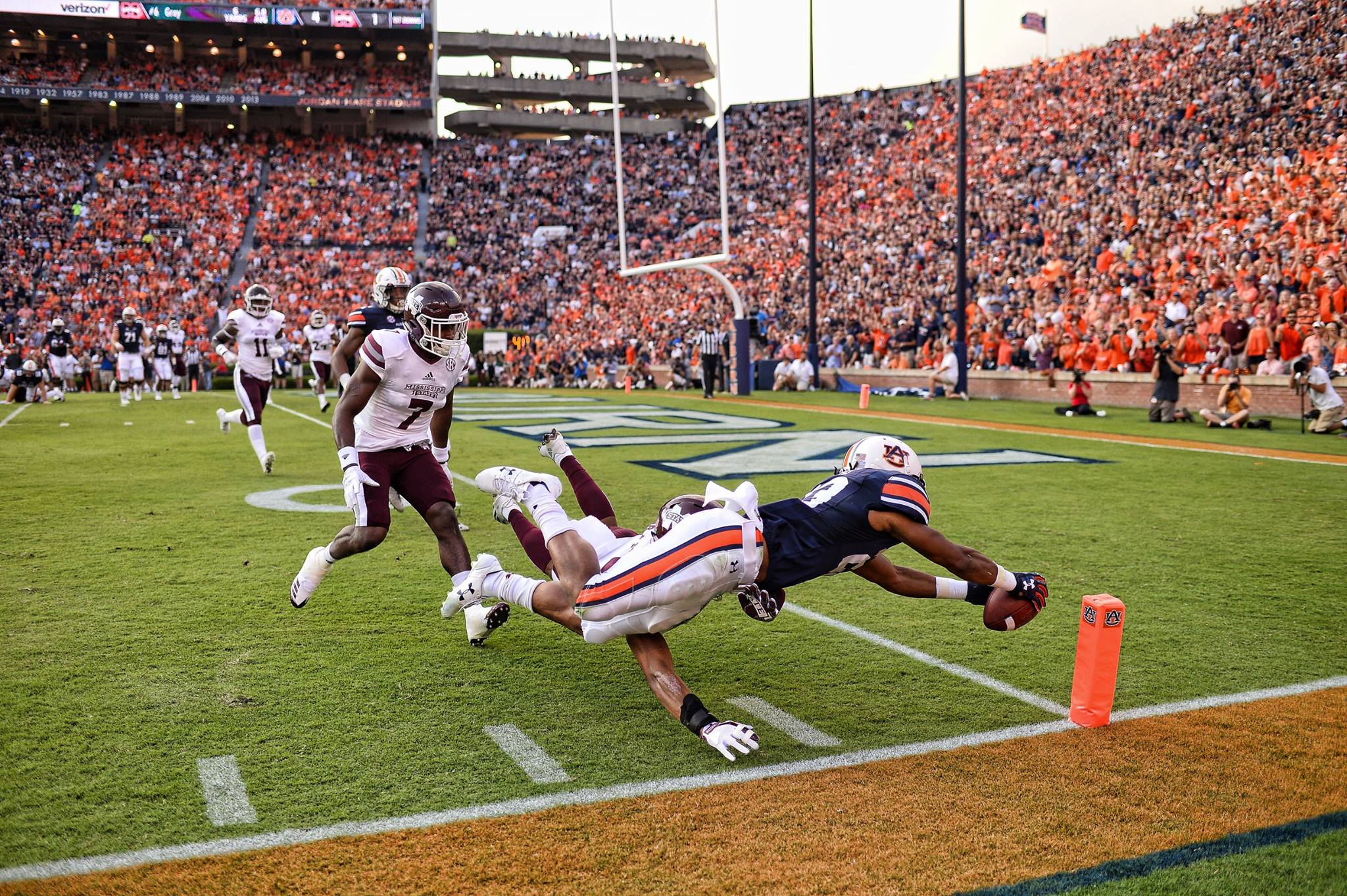 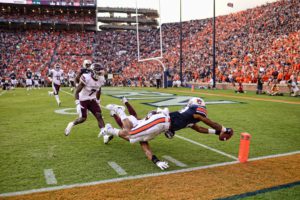 Four big-time throws from Jarrett Stidham went for more than 200 yards, including a 57-yarder to Eli Stove that Stidham launched from Auburn’s end zone.

The Tiger defense kept MSU’s Nick Fitgerald from looking like the same quarterback who was so impressive two weeks ago against LSU.  Auburn limited him to 15 passing yards, while forcing 20 failed connections and two interceptions.Through five games, Auburn has allowed 55 points.
Stidham, on the other hand, averaged 20 yards per completion (13-for-16 for 264 yards),

Kerryon Johnson didn’t threaten to break an AU single game record like he did a week ago, but he still put up impressive numbers  tonight. He gained 116 yards on 23 carries, three of which included visits to the endzone.

Malik Willis had a memorable moment, scoring his first Auburn touchdown, a 67-yard throw with 3:04 remaining in the game.

Next week, Auburn will host its other foe from Mississippi during a morning match-up with Ole Miss that will kickoff from Jordan-Hare Stadium at 11 a.m.