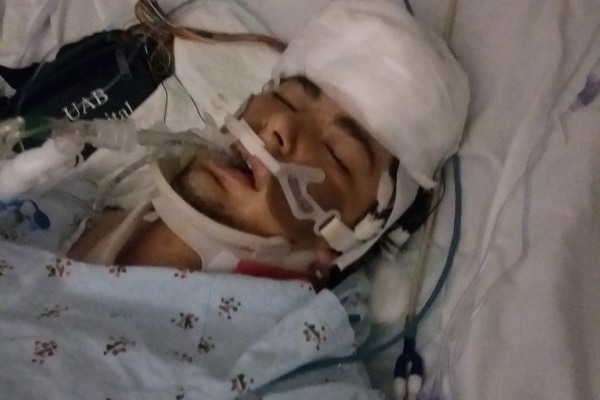 A bicycle struck by a motorist on Nauvoo Road in Walker County Monday  is in the intensive care unit in UAB Hospital while state troopers try to bring to justice the driver who fled after hitting the 23-year-0ld. 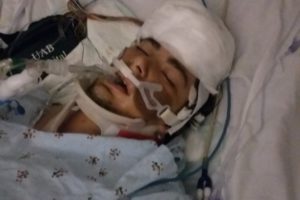 The suspect vehicle was described as a gray passenger car.

Jonathon Stone Keeton, a 2013 graduate of Lynn High School, now has dozens of staples in his head as he recovers.

His mother, Peggy Keeton, is asking for the public’s help through prayer and possible tips to authorities.

“Please pray for my son Stone Keeton. He was ran over in Nauvoo yesterday and the driver kept going,” Peggy wrote on Facebook. “If it hadn’t been for a couple driving down the road and seeing it don’t know how long he would have been there. He is in MICU in UAB hospital with head trauma. It was a female driving a gray or silver mid sized car that now has the windshield knocked out.”