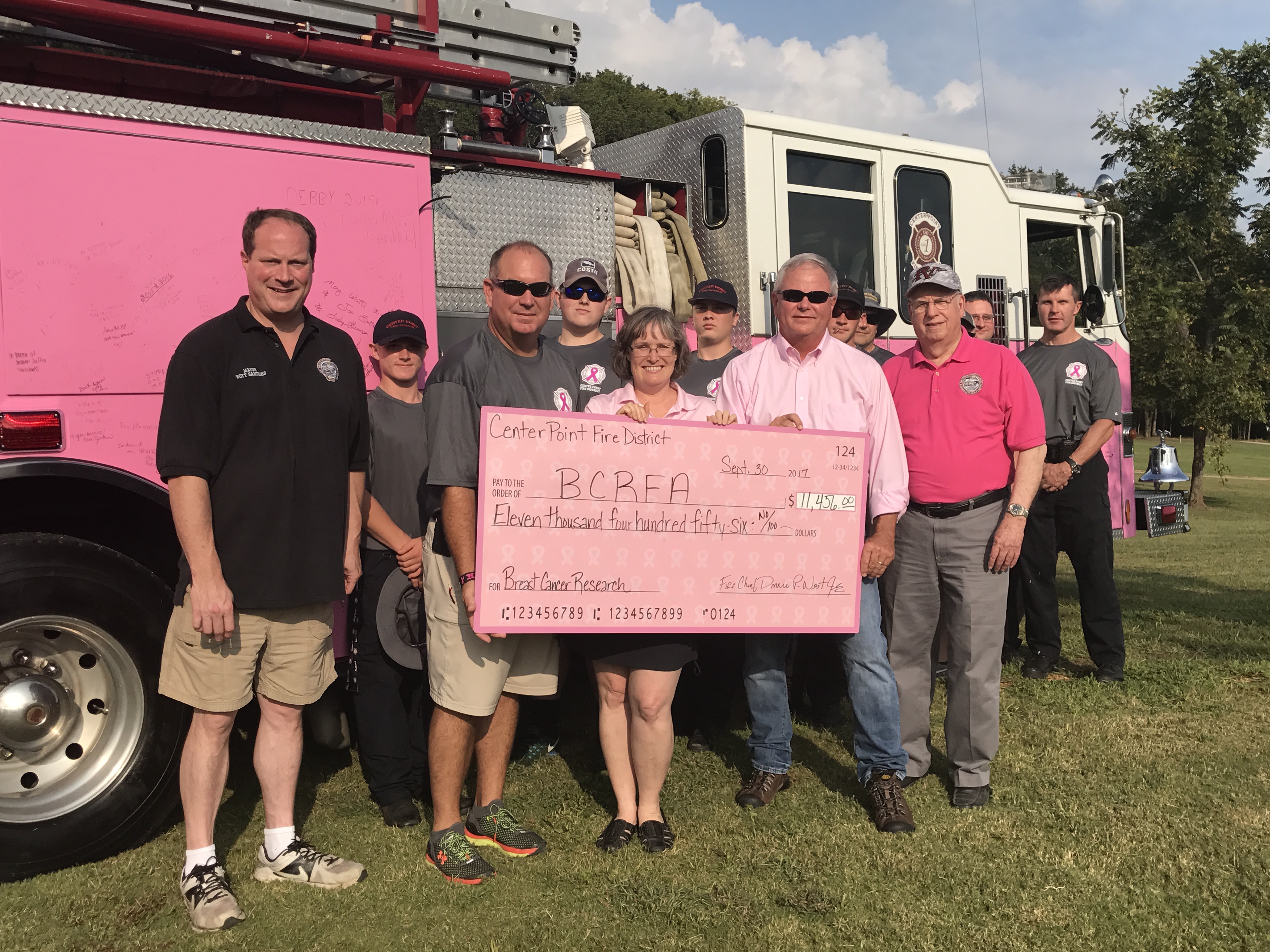 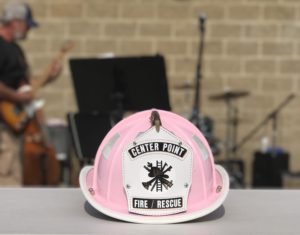 A pink firefighter’s helmet was on display during Saturdays event to commemorate Breast Cancer Awareness Month.

During an event hosted by Center Point firefighters and the City of Pinson, pink balloons lined the entrance to the two-year-old park.

“We are in our ninth year and third tour here in Pinson,” said Chris Horn, logistics officer of the Center Point Fire District reference to the rotating schedule among the three cities the fire district serves: Center Point, Clay and Pinson.

“The three cities that the Center Point Fire Department services rotate hosting each year,”  Pinson Mayor Hoyt Sanders said. “We are honored to host the event this year and are looking forward to a fun afternoon for a great cause.”

Center Point Fire Chief Donnie West says the event is one his department takes personally. “I know today we recognize breast cancer, but to me we represent all cancers,” West said. “My mom and dad both had cancer and are survivors, so this is a very touching time for me and our guys. They have family members, friends and/or a relative that may have suffered from cancer 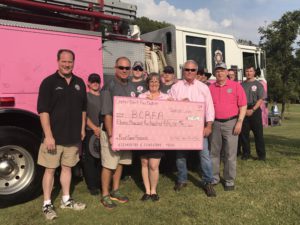 or may have passed away due to cancer. It’s a very touching tribute that we do as a department.”

The department each year holds a T-shirt fundraiser which benefits the Breast Cancer Research Foundation of Alabama and the annual Rickey Davis Memorial Golf Tournament held the last Monday in July.

“Today we are presenting a check to the BCRFA for $11,456 for research,”West said.

These proceeds were from the 2017 Rickey Davis Golf Tournament held this past July at the Grayson Valley Country Club.

Davis worked for the Center Point Fire District and was killed in the line of duty in 2000.

“We do everything in his honor and his name,” West said.