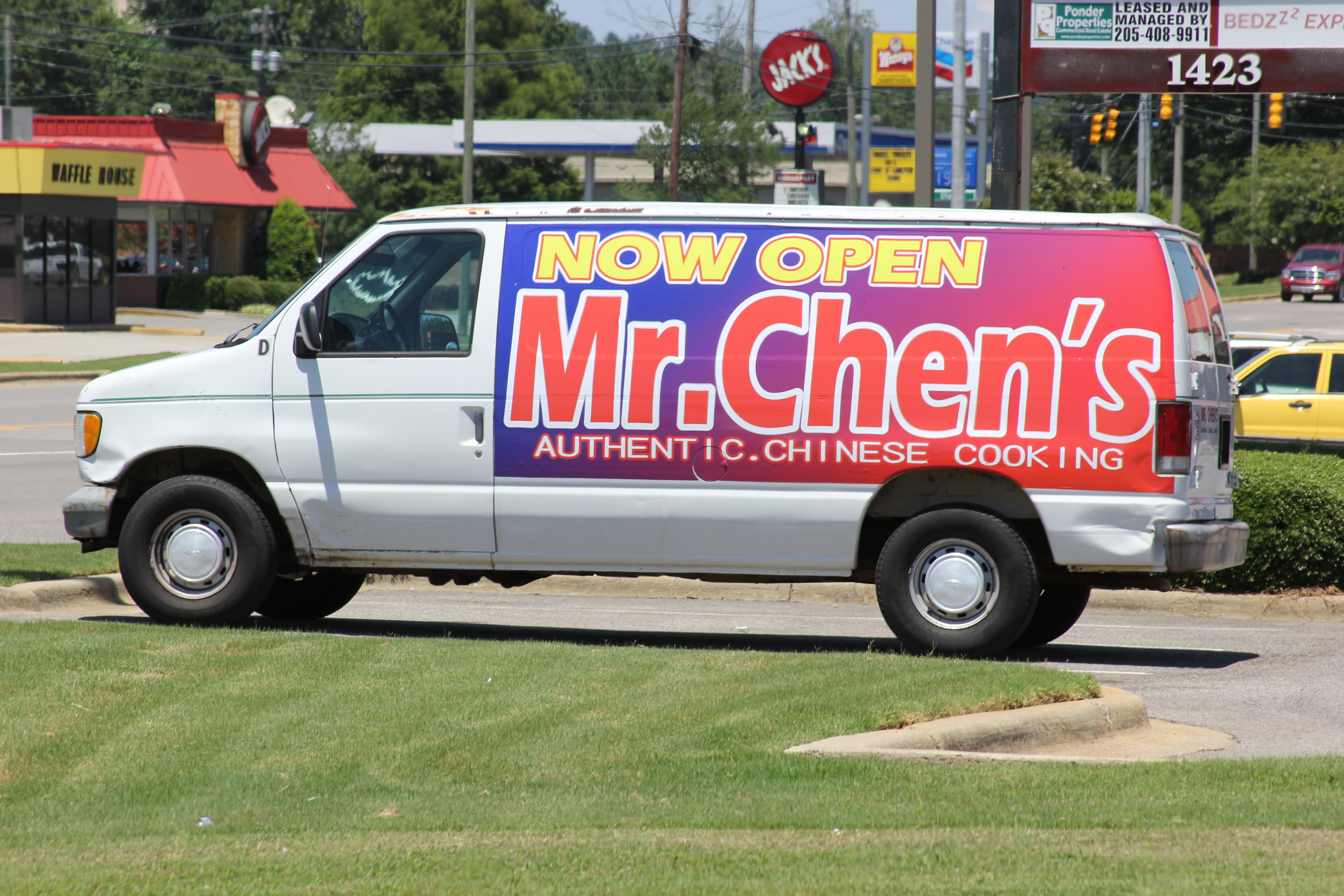 A van frequently parked adjacent to Mr. Chen's Authentic Chinese Cuisine has been the focus of recent conversations about Trussville's sign ordinance by city officials.

TRUSSVILLE — City officials are awaiting a ruling from Municipal Judge Carl Chamblee regarding whether a restaurant’s shrink-wrapped van violates the city’s sign ordinance, according to Trussville City Councilor Jef Freeman. 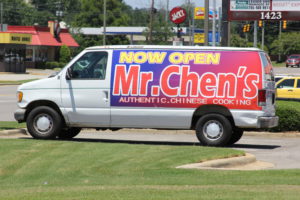 A van frequently parked adjacent to Mr. Chen’s Authentic Chinese Cooking has been the focus of recent conversations about Trussville’s sign ordinance by city officials.

The council recently discussed the van frequently parked outside of Mr. Chen’s Authentic Chinese Cooking during a workshop held by officials on Sept. 7. After that debate on  the matter, Council President Brian Plant asked City Clerk Lynn Porter to email to each of the council members and the mayor the city’s ordinance regarding signs in the city.

Jo Jo Qiong, a manager at the restaurant, said she believes city officials have unfairly targeted the business on Gadsden Highway, citing the number of other businesses that use vehicles shrink wrapped with their company logo.

Freeman, who led the conversation about whether Mr. Chen’s is in violation of the city ordinance said this is not the case.

“They have pushed the ordinance in every known way possible,” said Freeman, who added the conversation about Mr. Chen’s began when the restaurant had a portable sign on a trailer that was replaced with flags on the street when city officials told restaurant officials the portable sign was a violation of the city code.

David Arnett, the Superintendent of Engineering Inspections, declined to comment on the issue on Monday, referring questions to Mayor Buddy Choat.

Qiong said she can see from her restaurant businesses across the highway that have portable signs on their businesses.

Freeman agreed that Mr. Chen’s is not the only one in violation of the city’s sign ordinance. The councilor added he thinks the sign ordinance is good for keeping Trussville from looking cluttered.