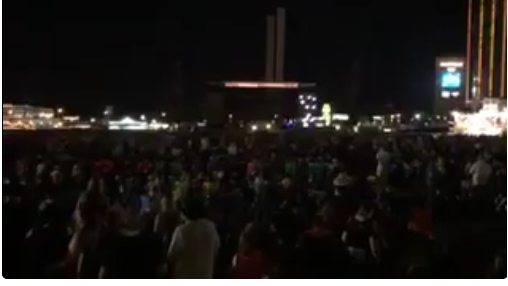 From The Trussille Tribune staff reports

UPDATED: In what is now being called the deadliest mass shoot in modern U.S. history, the Las Vegas death toll has now been elevated to 50.

LAS VEGAS, NEV. –Police in Las Vegas, Nev. say 50 people are dead and more than 100 wounded after a man opened fire, raining bullets down on the crowd at an outdoor music festival where Jason Aldean was performing.

Automatic weapon fire halted the concert and moments later sent concert goers fleeing in panic as the shooting continued. The incident, including the gunshots and screams, was caught on tape by several in attendance. (See the video below.)

Muzzle fire was seen coming from the upper floors of the Mandalay Bay Hotel and Casino. The outdoor Route 91 Harvest Music Festival was taking place across the street. 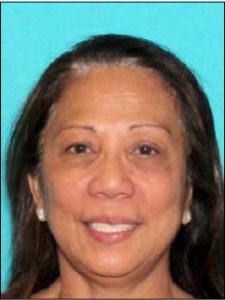 Police officers found the shooter in a room on the 32nd floor of the hotel and now say he is dead. Explosives were used by police to enter the room.

The suspect has been named by police as Stephen Paddock, 64, of Mesquite, Nev., Police say he is a white male resident living in a retirement community. Paddock was unknown to the local police in his community.

Police have also located the two vehicles mentioned below.

Following the shooting, parts of The Strip and Interstate 5 were shut down. Flights from McCarran International Airport were grounded, but the airport has resumed normal operations and the roads have reopened.

“Tonight has been beyond horrific,” Aldean said in a message via social media. “I still don’t know what to say but wanted to let everyone know that Me and my Crew are safe. My Thoughts and prayers go out to everyone involved tonight. It hurts my heart that this would happen to anyone who was just coming out to enjoy what should have been a fun night.”

Video courtesy of Drew Akioshi. He was attending the concert at mandalay bay when shooting started. pic.twitter.com/mbyh9Y387q