SPRINGVILLE — Employees with the City of Springville will soon see a pay increase. 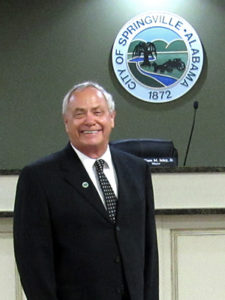 The Springville City Council on Monday  approved a 2017-2018 fiscal plan to grant a cost of living increase to city employees. The Council heard from Springville’s Budget Chairman, Chip Martin, who highlighted several points of what the city will expect to see in the fiscal 2017-18 budget plan.

“Year over year, we had about a 3 percent increase, which is what we expected. In the budget this year, we built in about a percent and a half,” Martin said. “We were little conservative on that.”

Other Items highlighted during discussions on the 2017-2018 fiscal year budget included:

— additional staffing in building in development, such as full-time building inspector and a planning and zoning position;

— additional staffing to fire department to have same number of people on shifts;

— no changes in police department, but one police car built in capital budget;

— no significant changes in water/sewer at this time; and

“I believe 2016-2017 was a great budget,” Mayor William Isley said. “We got a good bit accomplished and saved a good bit of money.”

The mayor said he is ready to move forward with some new city projects.

Also during Monday’s council meeting, officials approved a one-year contract with  Superior Mosquito for $8,850 to spray public parks and other city property.

— recognized the families of both Don Keith and Cary Ward, who passed away last week;

— revealed the county’s first storm shelter will break ground within the next 30 days; and