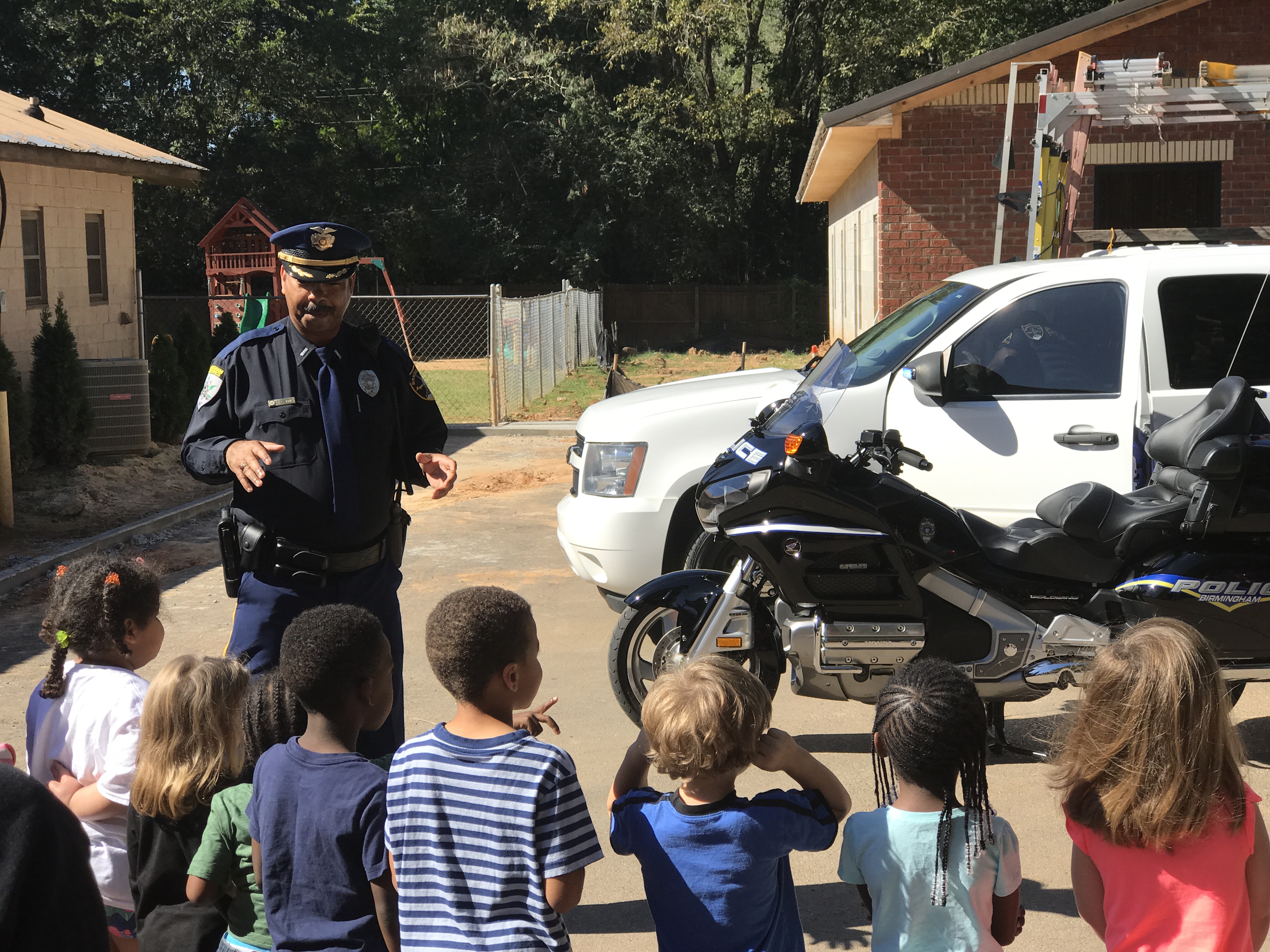 Children enrolled at Trussville Child Development Academy are participating in a “Community Helpers” series this month. 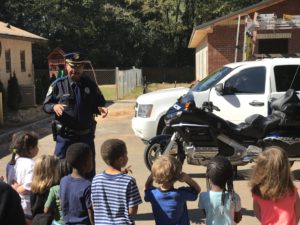 This morning, children age 2-and-older at the Trussville facility were visited by Birmingham Police Lt. Lloyd Jones who spoke to the children about law enforcement’s role in the community.

Jones showed to the students and teachers his uniform and explained how his equipment works. A  question-and-answer session followed.

“The children actually put together a worksheet that included parts of the uniform that police officers wear,” Jones said. “I thought it was good to go back over those parts they had highlighted on the sheet to help them identify the different things that we have on our uniform.”

Next, the children were taken outside where the students were greeted by other members of the BPD including several members of the tactical and narcotics team driving four interstate narcotic vehicles and two tactical motorcycles. Each child was given the opportunity to sit on the motorcycle or the seat of the police vehicle and turn on the lights and sirens.

Jones says the visit today is about more than just education.

“It is important to us, as police officers, to make sure that children know that they can trust police officers and that they can come to us when there is a problem or an issue,” Jones said. “So, that is basically the reason why we are out here today — to build that relationship with the children — and let them know that we are there for them whenever they need us.”

Batch said she was grateful for the officer’s visit today and the academy’s community support.

“We had an opportunity to have the officers come out and I think the kids enjoyed it,” Batch said. “I believe all of the centers should have someone come out and expose the kids to more positive than so much of the negative these days.”