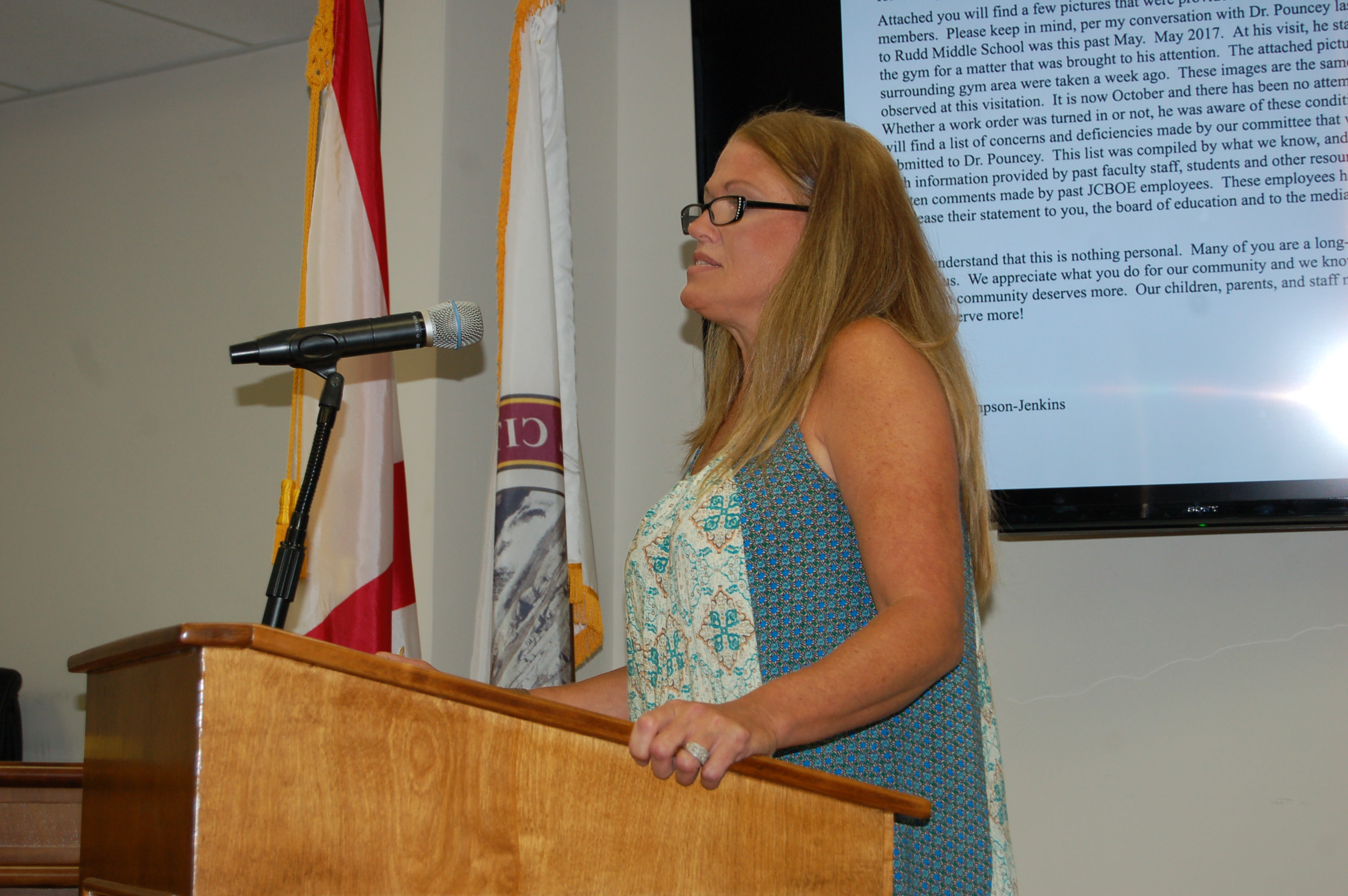 PINSON — A regularly scheduled meeting of the Pinson City Council Thursday began with Mayor Hoyt Sanders swearing in Deputy Daniel Pugh from the Jefferson County Sheriff’s Office, who has been contracted to the city and will be present at future meetings. After the ceremony, discussion turned to the demolition of an abandoned mobile home and concerns regarding the condition of Rudd Middle School. 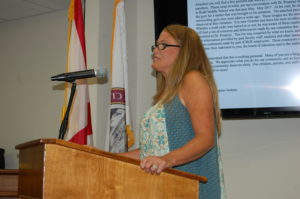 During public comments, several Pinson residents spoke to the council about Rudd Middle School. Among the speakers was Traci Thompson, who is part of the the newly formed Pinson Action Committee. She said PAC was formed to address long-time concerns with the condition of Rudd Middle School.

Issues at the school, she said, were rats, ants, broken glass, plumbing problems and air conditioners in disrepair among other problems.

The Jefferson County Board of Education is granting money to schools in the county for renovations, with around -5 million proposed for Rudd, according to Thompson. She said that while the committee does not know actually what the money will be used for, it may be going to fixing leaks in the roof as well as some of the plumbing issues.

But this may not be enough, Thompson said. The proposal would not address the problem of there being only two sets of restrooms in a school of more than 800 students.

“There are electrical issues,” she said. “There are plumbing issues. The hallways are too small. The lunch room is not conducive to the serving area. Our kids are running track in the parking lot or down the road. There’s not guardrail in the green space. All of these are safety issues, and we only want what’s best for our kids.”

She said that she felt that the Jefferson County Board of Education is not taking the committee’s concerns seriously. The committee has collected nearly 1,000 signatures from local residents on a petition seeking to push PAC’s effort to persuade officials to improve t the facility.  She requested that the council consider writing a resolution of support for PAC and its desire for refurbishment of the school.

Sanders, along with Councilor Robbie Roberts and Shannon Galamore, a teacher at Rudd, voiced their support. Roberts said that the council can work to get the document with the list of proposals and see what the board will fix with the money expected to be appropriated for the school.

Sanders said that part of the problem at Rudd, which was founded in 1979, is that the architectural plans for the school were not sound even when it was first built.

Rudd, along with other schools, got help from the council Thursday. Councilor Dawn Tanner made a motion to release allocated money to the area schools for paving and other maintenance such as mowing grass. Pinson Elementary, Johnson Elementary and Rudd Middle schools will each receive $15,000. Pinson Valley High School will receive $7,500.

The council approved the motion unanimously.

Also on Thursday, the council held a second reading of a resolution concerning a mobile home on 6195 Kaley Lane in Pinson that has been deemed a nuisance due to the owner abandoning it after filing for bankruptcy.

The U.S. Bankruptcy Court of the Northern District of Alabama entered an order that determined that the city now owns the property where the mobile home is located, giving the city the right to remove it.

The council voted to begin removing the home for no more than $5,000.

In his comments, Sanders announced that a Daylight Donuts location will be established in Pinson. The popular pastry maker will be present at the Alabama Butterbean Festival to promote the franchise. There are no details on when they will set up their new location.

Near the end of the meeting, the council voted to go into executive session to discuss real estate, trade, commerce and litigation. Sanders said that the second meeting of November will be changed due to several council members unable to attend. The meeting may be held on Nov. 21 but the council will announce when the date is officially set at its next meeting.

The next Pinson City Council meeting will be held on Oct. 19 with pre-council at 6:30 p.m., followed by the regular meeting at 7 p.m.