A pedestrian who was struck by a vehicle in Ron Aug. 6 passed away on Thursday as the result of his injuries. 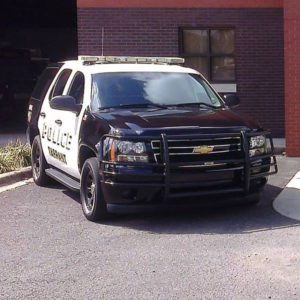 Robert Pearman, 58, who had been at UAB Hospital since early August aafter he was hit at the intersection of 5th Avenue and 11th Street in Robinwood at 4 a.m. was pronounced dead at the hospital at 9 a.m. Thursday.

Joshua Ray Allen, 37,  was booked into the Jefferson County Jail on Aug. 10 on charges of first-degree assault, probation violation and murder. He remains jailed with no bond.

Tarrant Police Chief Dennis Reno could not be reached for details prior to the publication of this report.

According to an article by reporter Carol Robinson, Pearman and Allen had been in a dispute before Allen allegedly ran over Pearman intentionally.

Robinson also reported that Allen picked up Pearmon after the incident, then drove around with him for several hours before taking him to a friend’s house for work.