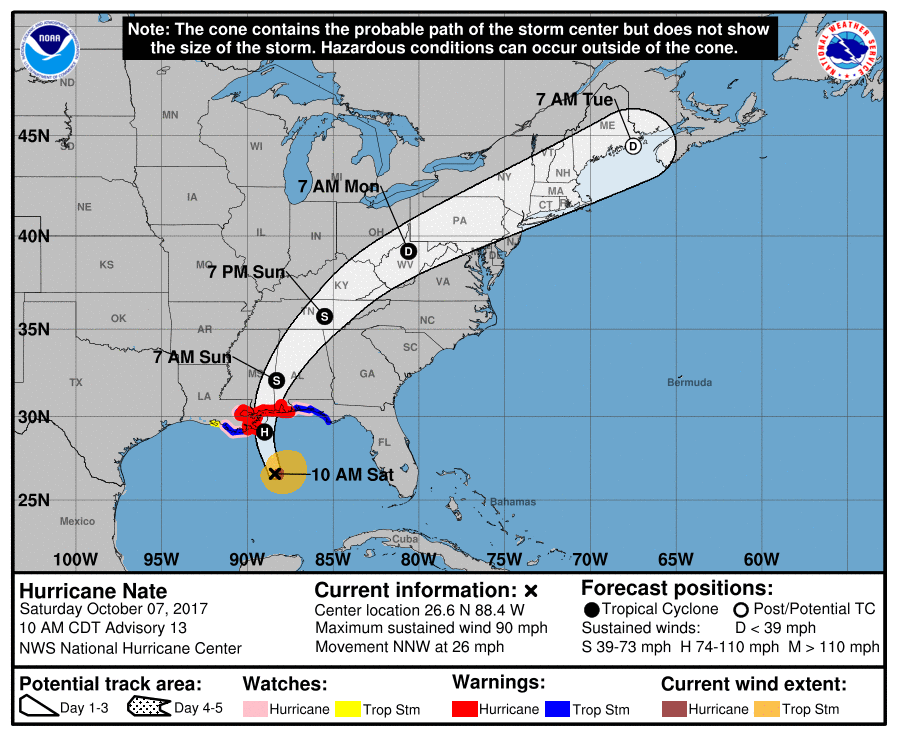 Graphic from the National Hurricane Center.

According to Weather.com and the National Hurricane Center, Hurricane Nate is expected to make a landfall at the southern edges of Louisiana and Alabama late tonight and early Sunday morning.

The hurricane is moving at more than 20 mph. Once it makes its way inland, the storm could produce wind speeds up to 40 mph. A graphic by National Weather Service shows the effect of the hurricane penetrating deep into the Southeast over the weekend.

As Gulf Shores and other areas in the southern portion of Alabama prepare for potential damage, Central Alabama will see significant wind and heavy rainfall. Power outages are also possible.

According to the report by Weather.com, Nate is not expected to be a category 3 or higher hurricane. Precautions are still advised for those who may be in the storm’s path.

Meteorologist James Spann reports that tornadoes are possible for parts of Alabama.