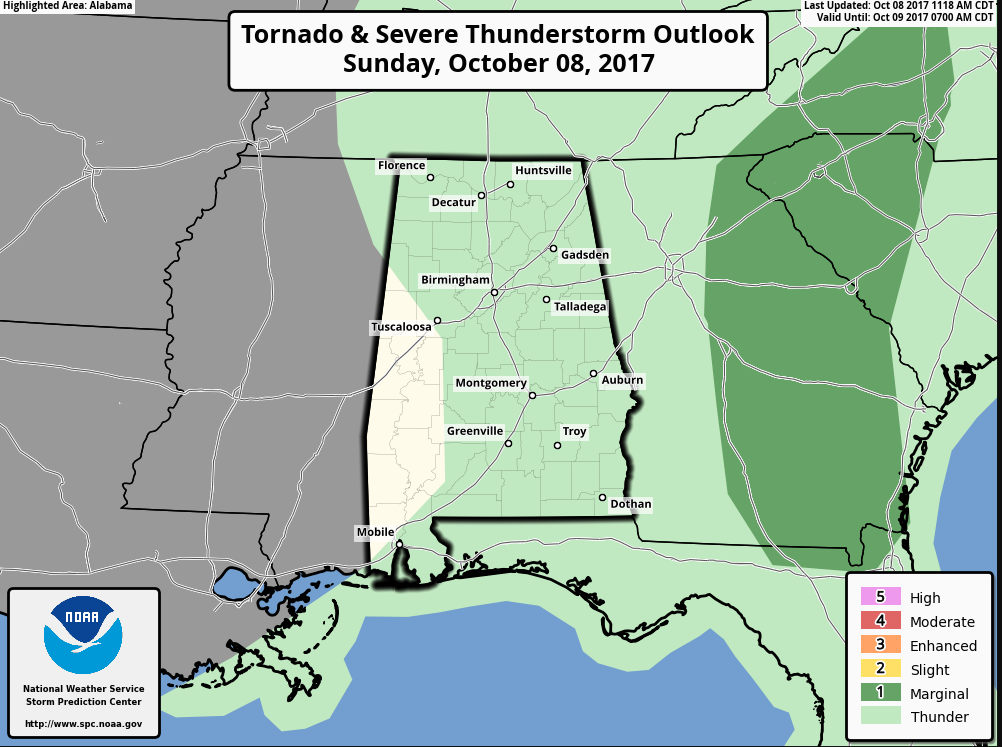 The severe weather threat that was in effect for multiple counties in Alabama has been ended, according to AlabamaWx Weather Blog. Rainfall and winds continue but are expected to diminish throughout the day.

According to the blog, winds from Tropical Depression Nate averaged 9-18 mph, with gusts of 20-30 mph. Many parts of the state had rainfall measuring 1.5-3 inches. Flash flood advisories were in effect for parts of South Central Alabama but flooding did not become an issue.

Alabama Power has reported that around 87,000 people in the state are without power. The company is currently working to restore power in all areas that have been affected.