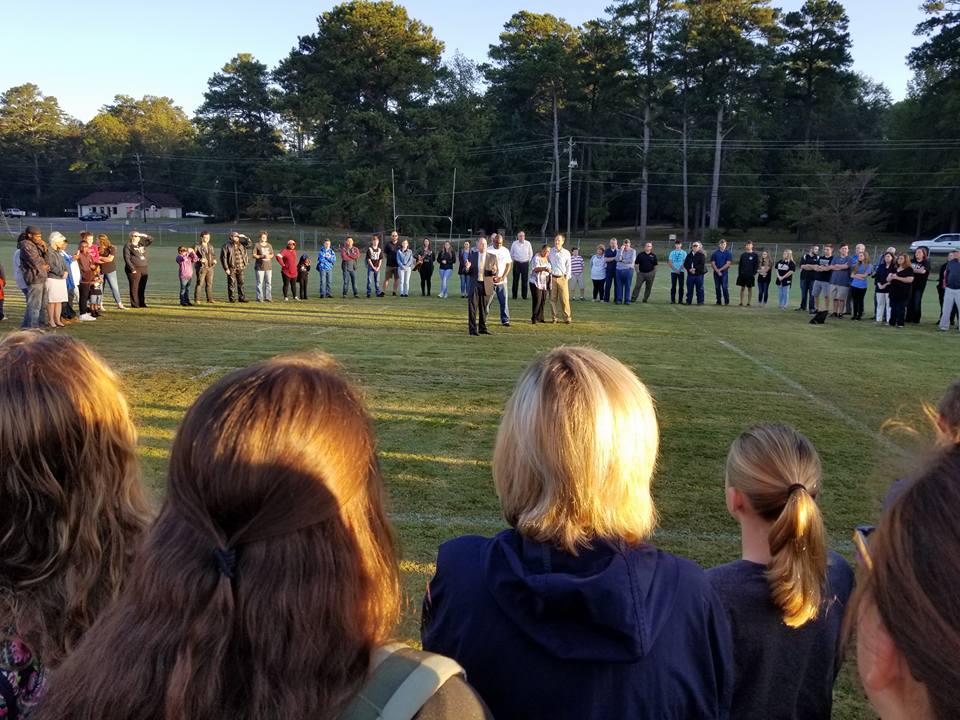 After a week of racial tension and negative publicity, Pell City High School on Friday appeared to have started the healing process at the school and within the community. 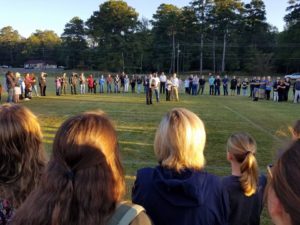 Hundreds of students, parents and concerned citizens came to the school grounds early Sunday morning where a prayer circle was formed.

“It was great,” said Lori Marsh of Pell City. “We all held hands in a giant circle and prayed.”

The event was attended by  the city’s mayor, school system superintendent, school  board members and football coach. Several of the officials spoke during the event.

“United we stand, divided we fall,” Marsh, who attended the vigil with her grandson, Matthew, stated on her Faceobook page.

The vigil was held in response to racial tension among a handful of students that escalated when a terrorist threat using a racist language was posted using a fake account on the social media website Snapchat.

Pell City police are investigating the threat. Also city police had a larger presence at the high school Thursday as a precaution.

Marsh said it wasn’t a student who made the Snapchat page, but an adult.

“They won’t reveal any names, but they will be prosecuted,” she said about the perpetrator.

Pell City Police Department Public Information officer Sgt. Don Newton said on Monday the investigation is ongoing and that there is no new information to report.