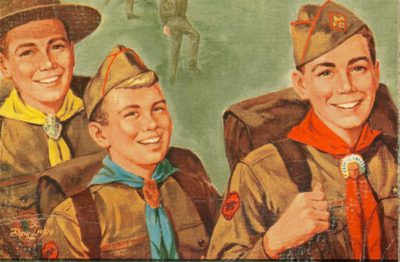 TRUSSVILLE –The winds of change continue to blow through the Boy Scouts of America organization.

After the decision to accept gay scouts in 2013 and transgender scouts earlier this year, BSA announced on Wednesday that the group will begin accepting girls in the older group in 2019. Cub Scouts, the younger groups, will offer separate dens for boys and girls.

The decision has opened a rift between the BSA and the Girl Scouts of the United States of America.

“I’ve seen nothing that develops leadership skills and discipline like this organization,” BSA president Randall Stephenson said. “It is time to make these outstanding leadership development programs available to girls.”

But the Girl Scouts strongly disagreed.

While not addressing the Boy Scouts by name, GSA immediately released a statement of their own touting the leadership qualities and success of their program which is more than a century old.

“Girl Scouts is the best girl leadership organization in the world, created with and for girls,” according to the Girl Scout’s statement. “We believe strongly in the importance of the all-girl, girl-led, and girl-friendly environment that Girl Scouts provides, which creates a free space for girls to learn and thrive.

According to GSA, former girl scouts are better educated and have more success in their careers than girls who didn’t participate in scouting, enjoy higher household and personal income, are more active as mentors and community volunteers, and have more confidence in themselves and their abilities.

“The benefit of the single-gender environment has been well-documented by educators, scholars, other girl- and youth-serving organizations, and Girl Scouts and their families,” according to the GSA statement. “Girl Scouts offers a one-of-a-kind experience for girls with a program tailored specifically to their unique developmental needs.”

The Boy Scouts said the decision was supported by extensive  research and fit the overall mission of BSA.

“This decision is true to the BSA’s mission and core values outlined in the Scout Oath and Law. The values of Scouting — trustworthy, loyal, helpful, kind, brave and reverent, for example — are important for both young men and women,” Michael Surbaugh, chief executive of the Boy Scouts of America, said in a statement.

According to the Los Angeles Times, some in Girl Scout leadership view the BSA decision as a move to bolster a decline in Boy Scout participation.

The Boy Scouts, which have a stated enrollment of about 2.3 million, have seen a sharp drop in membership over the last several decades from their high point of 5 million in the 1970’s.