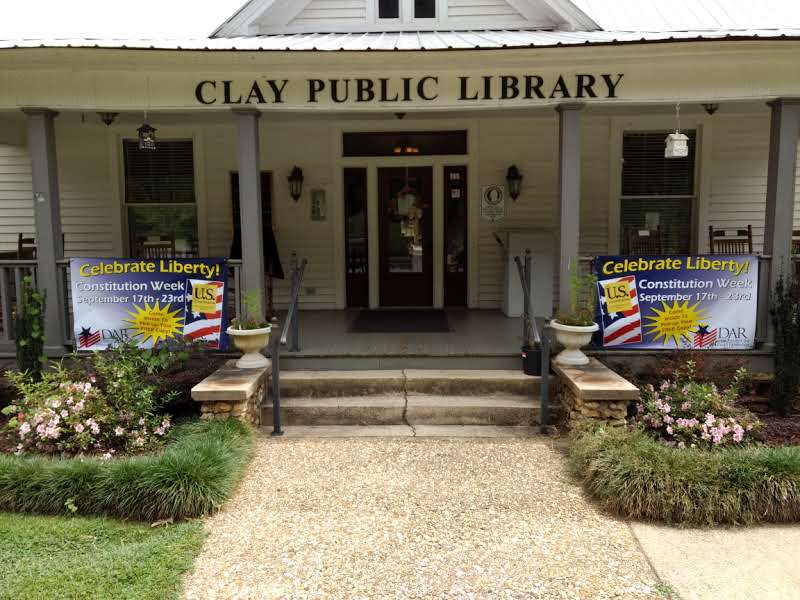 In September, the Josiah Brunson Chapter, National Society Daughters of the American Revolution promoted the celebration of the United States Constitution. 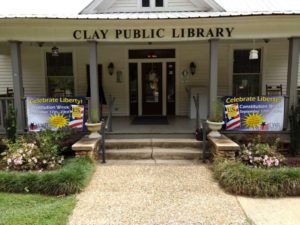 In 1955, the DAR originally petitioned Congress to designate September 17-23 each year in observance of Constitution Week.  On Aug. 2, 1956 the resolution was adopted by the U. S. Congress and signed into law by President Dwight D. Eisenhower.

Constitution Week celebrations focus on citizens’ responsibilities for protection and defense of the Constitution. Activities and displays are designed as a reminder that the Constitution is the basis for America’s great heritage and the foundation for our way of life.  This year everyone was encouraged to “Be Loud for Liberty” and to study the historical events which led to the framing of the Constitution in September 1787.

Christine Long, chapter chairman of the Constitution Committee, provided banners, posters and hundreds of goody bags for the patrons of Clay  and Springville public libraries this year.  Each goody bag included a booklet of the Constitution, a bookmark with the Preamble, and a flag lapel pin.  The book, The Quartet and the DVD, A More Perfect Union were also donated to each library.

In addition, a total of five books for children were donated to the libraries by member Mary Lewey, in support of Constitutiton Week and children’s literacy.  They were The 50 States, We the People, If You Lived at the Time of the American Revolution, Shh!  We’re Writing the Constitution and A More Perfect Union.

Teachers across the state use tools designed by the DAR every year to encourage students to learn more about this document and what it means to us.  Displays, bell-ringing ceremonies, parades, and other Constitution Week celebrations helped us “Be Loud for Liberty” in 2017!

For more information, go to www.dar.org or contact Lynne Williams at dlynnew1@gmail.com