The past few days have had a lot more Bo Jackson moments than usual. 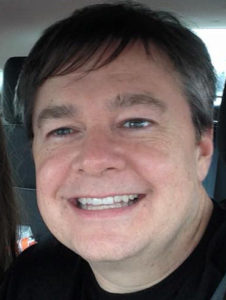 I’m not complaining. I have been a fan for years. Growing up in Auburn I used to sell game programs on Saturday mornings in the fall for the opportunity to get into Jordan-Hare Stadium just so I could watch him play.

I usually spent the ten-spot I got for selling a box of the magazines on a hot dog — or sometimes cheese-covered nachos — and a coke with just enough left over so that I could purchase a copy of Mad magazine or waste the remainder of my money, one quarter at a time, in the Asteroids machine at Momma Goldberg’s Deli or any of the other hundreds of locations where you could find a coin-operated video game machine during that era.

I’m dating myself here, aren’t I?

Fortunately, I ended up going into a line of work in which I can still get into the stadium from time to time without having to purchase a ticket. Saturday was such an occasion as I was about to garner a photographer’s pass for the Ole Miss game.

It was actually my chosen profession that first brought Bo back into my stream of consciousness. I was writing a story last Thursday about the new Greater St. Clair Civitan Club when I decided to take a gander at the organization’s website. It listed about a dozen famous Civitans, including my favorite running back of all time.

About 24 hours after I finished penning my story about the Civitans, Bo came up again. This time it was last Friday night in Auburn when I happened to hear an early ’90s era rap song called “Scenario” that was played during a memorial bonfire honoring an old friend who died two years ago in a mountain bike accident. I wasn’t paying close attention to the song by A Tribe Called Quest. However, one lyric caught my ear. The rapper in the song said something to the effect that “Bo knows this and Bo knows that, but Bo don’t know jack ’cause Bo can’t rap.”

There was no question in my mind that this song wasn’t about Bo Bice, Bo Derek or any other Bo because of the pairing of the words “Bo” and “knows.”

The word most associated with Bo Jackson is “knows” because of Nike’s famous “Bo Knows” advertising campaign that was as ubiquitous in 1989 as the man himself was during a 78- hour span of my life recently.

Bo had a presence in my life Saturday and not just because I walked past the statue of the Heisman Trophy winner on my way to the stadium that morning.

As I competed Saturday with the real photographers, the ones equipped with lenses one might use to get a close-up of Pluto on a clear evening, I hoped I would leave the stadium with at least one decent shot.

I got lucky in the first quarter when I saw Auburn wide receiver Ryan Davis barreling toward me with a whole mess of Rebels in hot pursuit.

Immediately I started snapping away like a member of The Addams Family.

I was confident about the angle I had for getting a good shot, but I wasn’t certain if the pictures I was taking were in focus (Nine out of 10 of the shots I took of game action on Saturday were not). As Davis got closer, I thought about a former newspaper colleague who needed help getting off the field when he was paying too much attention to the coach he was interviewing and not keeping his focus on the bruisers flying toward him. How did things turn out? I’m sure Ron Harris with the Daily Mountain Eagle produced some great shots that evening, but at that moment when he got closer to the game than he wanted, an offensive play was not the only thing that got busted.

When the athletic wide receiver dove into the end zone just a few yards from where I was taking shots as quickly as my little Canon would go, I heard a low, slightly hoarse voice, rooting for the big play.

I looked up to see it was Bo. He looked especially big from the crouching position I had taken in order to get the best angle on the action as possible.

It wasn’t a surprise to see Bo at the game. At Jordan-Hare, he’s a regular. I think I’ve seen him at more games marching up and down the Auburn sidelines where he seems to have become an honorary coach (or cheerleader) as I have seen him at Jordan-Hare when he was suited up to play. What was a surprise was coming face to face with Bo as I was going into the stadium’s media room for a halftime hot dog just as he was heading out.

I almost forgot that I had a legitimate conversation starter when I remembered the Civitan story I was working on for the newspaper. I caught up with Mr. Jackson, told him briefly about the story I was writing and asked if he’d like to make a brief comment about the Civitan International organization, a chapter of which is trying to get off the ground in St. Clair County.

It wouldn’t be fair to quote Bo directly since I didn’t immediately have my pen and paper out to take notes. However, my recollection is that Bo had a question of his own.

“The civil what?” He asked with a look of confusion I imagine he might have worn during the last play from scrimmage in the 1984 Iron Bowl, an unfortunate lapse on Bo’s part that earned the game the nickname “Wrong Way Bo”. Jackson later said he misheard the audible on that day. I figured he misheard me Saturday and let it slide.

“Civitan International,” I said. “Their website said you were a member at one time.”

It was clear from the way Bo look at me that it still wasn’t ringing a bell.

Bo shook his head, still looking a little apprehensive. “I don’t know anything about that,” he said.

I was a little disappointed that I wasn’t able to get a quote from Jackson for my Civitan story and hated to take his name off the list of former members, especially since he might have actually been a former Civitan member at one time and just forgot.

I actually had one more Bo moment on Saturday. Hours after the game, I was viewing some highlights of that day’s football action with my family when I saw the talent two-sport athlete pumping his fist. After asking my dad to rewind the DVR to that shot and pause it momentarily, I saw that I had been close enough to Bo that the camera operator had captured me in his shot as I tried to shoot a half-decent photo (In case anyone wants to see it, the photo I took at the moment that I was on TV Saturday night can be seen by clicking here.)

Despite not having as friendly an interaction with Bo Jackson as I would have liked, I remain a fan, more so for what he has done off the playing field than on it.

I had the privilege of hearing Bo speak during the conclusion of the first Bo Bikes Bama fundraiser in which Bo raised money for the victims of the historic April 27, 2011 storms that ravaged communities across central Alabama, including the little burg I call home; Jasper, Alabama.

Just as Bo doesn’t remember being involving in Civitan International, I don’t remember what Bo said that day I heard him speak in Jasper. However, I will never forget how his words made me feel. His speech filled my heart with hope, encouragement, enthusiasm and a longing to better serve my community. It also filled my eyes with a tear or two.

There are a lot of meanings for the word “rap.” One usage is as a verb that means “to talk.”

I’m not sure how well Jackson is at speaking in rhymes. However, ever since that day I listened to Bo give a pep talk to the people still hurting from a day in which so many lives were lost and a whole downtown district of a neighboring community was destroyed, I knew about something else that Bo knows how to do well.

A Tribe Called Quest might claim Bo is not a rapper in the sense of rap that they mean in their song. But in regard to his speaking ability? The man is a rapper. I’ve heard him rap. When it comes to public speech, I guarantee Bo knows something about that.

Because of that talent most probably don’t know he possesses, he might still be helping Auburn win some games.

David Lazenby is the editor of The Trussville Tribune. He can be reached at editor@trussvilletribune.com or by phone at (205) 275-5782.