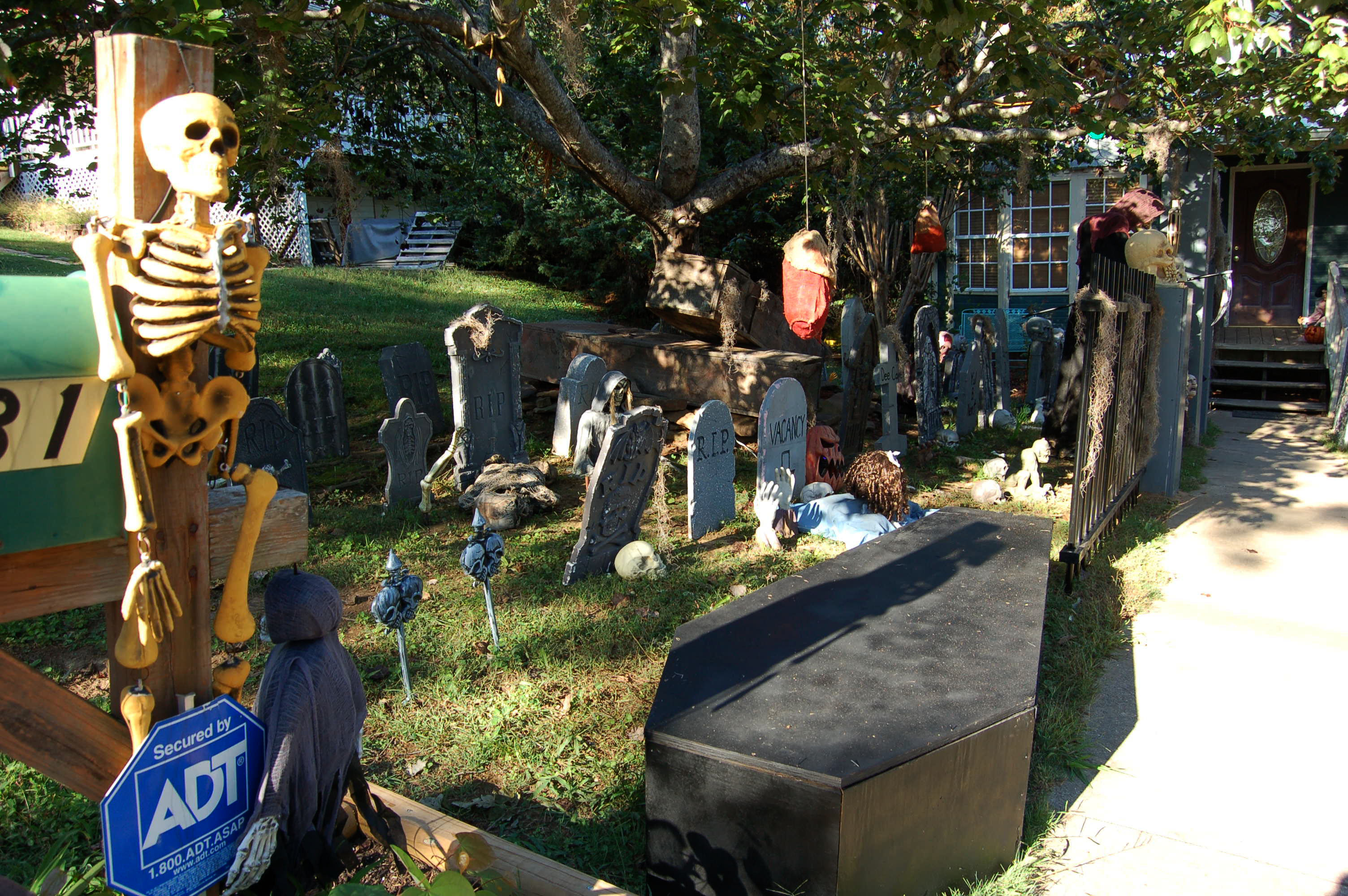 The coffin serves as a dropping off point for food donations at the Phillips' yard in Clay.

CLAY — “Boys and girls of every age/Wouldn’t you like to see something strange?/Come with us and you will see/This our town of Halloween” — “The Nightmare Before Christmas” 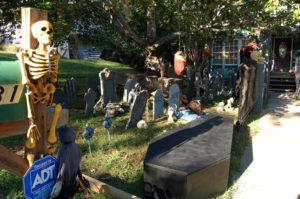 The coffin serves as a dropping off point for food donations at the Phillips’ yard in Clay.

Every year, the front yard of the Phillips family on Freda Drive becomes a sort of Halloween Town for Clay’s community. But unlike the Halloween Town from the 1993 film in which the spooky city was featured, the Phillips’ attraction benefits the local community by accepting donations of food to be given to Clay United Methodist’s food bank.

“Everyone else charges,” said Dale Phillips on other haunted attractions. “But we don’t do it. We love Halloween and we want something good to come out of it.”

Though that most certainly does not exclude a healthy dose of scares if you dare to enter “Frightmare on Freda”.

“Frightmare” is a mini-haunted house attraction put together by Dale Phillips, his friend Jeff Cole and other family and friends as well as volunteers.

When you arrive at the house, the first thing that may catch your eye is the cemetery on the left, where a gate is guarded by a three-headed hellhound, motion activated and spewing smoke at passers-by. The headstones from beyond read: “Barry D. Alive,” “Vacancy” with an arrow pointing down and the classic “R.I.P.”

And to the left, the Phillips family uses the storm drain on the sidewalk to recreate the opening of “IT” by Stephen King where you’ll find poor Georgie, who is Pennywise the Dancing Clown’s first victim from the book and in the recently released film adaptation.

Although the donations aren’t required, they do appreciate a deposit of non-perishable food and candy into the black coffin that lies just behind their skeleton-adorned mailbox. This year they hope to fill two coffins.

“Last year it was so much more than cans,” said Charla Phillips. “It was canned meats and pie crusts and pie fillings, things for Thanksgiving — all kinds of stuff. It was really neat.”

Dale and Charla Phillips have always heavily decorated their yard for their trio of daughters Layla, 11, Shayla, 11 and Lala, 9. This year is the third year for their haunted attraction. It started small but has grown since then.

It may sound like an extremely expensive venture but luckily for the Phillips they were able to acquire much of the props that were leftovers from VisionLand (now Alabama Splash Adventure). The wife of the park owner responded to a Craigslist ad that Dale Phillips posted and gave them props from an old haunted attraction. Other materials were kindly given away from closed haunted attractions. 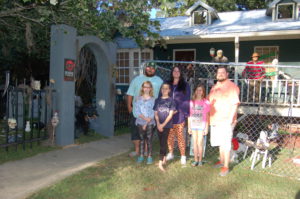 The structure for “Frightmare on Freda” begins at their driveway and loops around through the backyard and back to the driveway. The first section has a morgue table set up next to an authentic wooden coffin. As you go farther in, the attraction continues with the theme of “IT” as well as hillbilly horror reminiscent of films like “Wrong Turn.”

There’s no shortage of creativity in the Phillips family as they share their love of the Halloween holiday with others. Every year, “Frightmare on Freda” has a new theme and new additions for people to enjoy.

But the one thing that doesn’t change is their willingness to help those in the local community that need it the most, especially on the following Thanksgiving holiday.

“We just thought to do something that we love, to create something for other families,” Charla Phillips said. “We love Halloween and we’re going to let it help out with Thanksgiving.”

To find out how to donate or to find more information on “Frightmare on Freda” visit their page on Facebook.