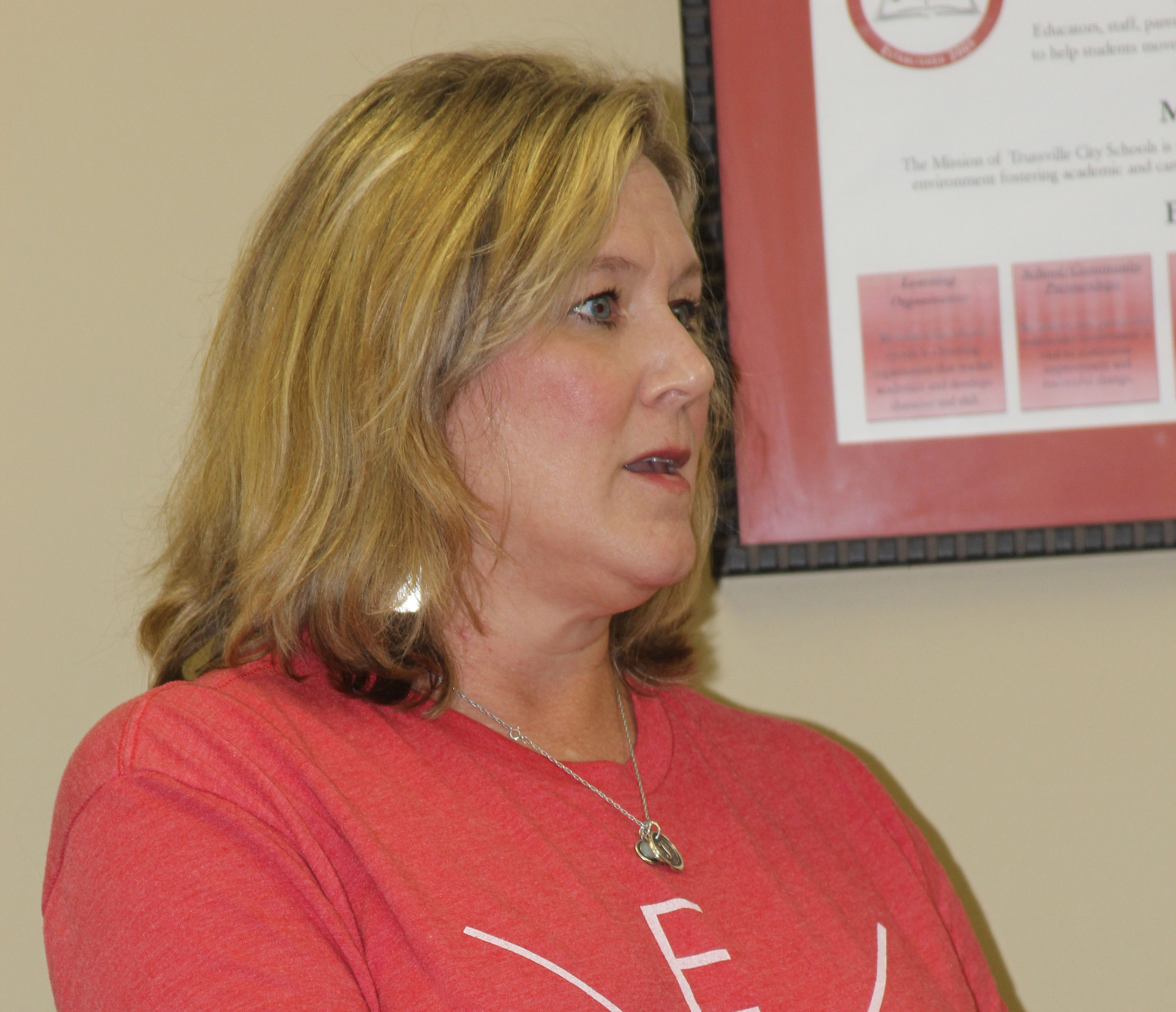 Corrie Merchant, a member of the state's Special Education Advisory Panel, speaks on Monday to the Trussville City Schools Board of Education.

TRUSSVILLE — A local special education advocate on Monday reminded the Trussville City Schools Board of Education that Dec. 4-8 is the 17th Annual Inclusive Schools Week. 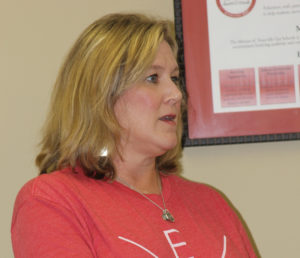 Corrie Merchant, a member of the state’s Special Education Advisory Panel, speaks on Monday to the Trussville City Schools Board of Education.

Corrie Merchant, whose son is a 2nd grade student at Paine Elementary School, presented to the school board during its monthly meeting a sample proclamation that she plans to also present to the Trussville City Council in an effort to have local officials to recognize the occasion commemorated nationwide each year.

Merchant on Monday represented The Disability Advocates for Alabama’s Public Schools, which presented the same proclamation to the Alabama Board of Education last week prior to its monthly meeting. Merchant said the state board is expected to reply to the organization at its monthly meeting in November.

The concerned parent pointed out on Monday that inclusive education is not only about students with learning disabilities.

“We’re talking about anyone not being marginalized due to their current situation or past situation,” she said. “Inclusive Schools Week incorporates a lot of different subsets.”

School board president Sid McNeal said he is interested in seeing TCS officials join the city council to make a joint proclamation in regard to  Inclusive Schools Week.

McNeal asked Merchant if inclusion was a component of what DAAPS sought when members spoke to state education officials recently about special education.

“Really, from an advocate’s standpoint for special education, our real slant about The ESSA (The Every Student Succeeds Act) was more about accountability and ensuring that the state report card and every individual school’s report card adequately reflected that if you had a failing subgroup, you should not have a school system that receives an A on their report card,” Merchant said.

ESSA is a U.S. law passed in 2015 that governs the United States  public education policy. The law replaced its predecessor, the No Child Left Behind Act. It modified some provisions relating to the periodic standardized tests given to students.

Merchant was appointed in July by the State Superintendent of Education to the Special Education Advisory Panel.