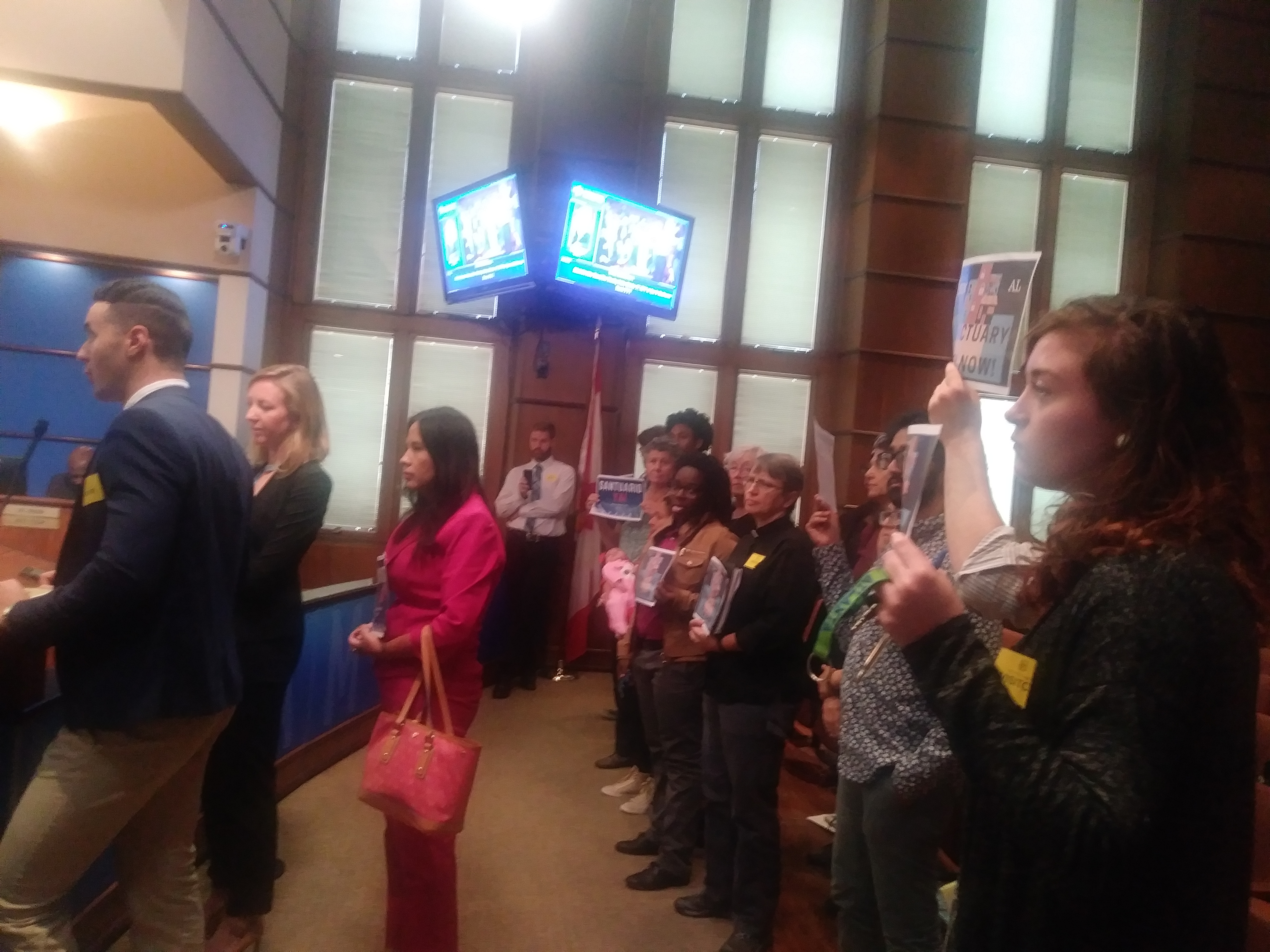 BIRMINGHAM — Although the Birmingham City Council considers Birmingham a sanctuary city, advocates for an ordinance making it official came to a regularly scheduled council meeting today to voice their support. Several speakers stood to address the council, with more than a dozen people holding fliers that read: “Sanctuary Now!” 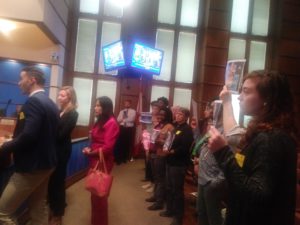 Among the speakers was Birmingham resident Ali Massoud, who said that he works at CAIR Alabama, a non-profit organization.

“Birmingham, as you all know, has been a leader in civil rights,” he said. “But that’s not just a legacy that happened in the past, that’s something that we continue today and it’s something we need to work on everyday to make sure that we are perpetuating.

And so when it comes to the issue of sanctuary cities, we feel that Birmingham needs to take the lead on it. This is something that you all have already decided back in January when you passed unanimously to pass a resolution to make Birmingham a sanctuary city. Now we’re just asking to make it official.”

Massoud was referring to a meeting on Jan. 30 in which the council passed a resolution to make Birmingham a sanctuary city, though the resolution was symbolic and the city is not legally a sanctuary city. This came after President Donald Trump controversially issued orders for a temporary ban of immigrants from seven Muslim-majority nations earlier this year.

Trump has also proposed defunding sanctuary cities but has been blocked by federal courts.

Hoover resident Marisol Aguilar stood to speak, delivering a speech in Spanish that was translated by Jessica Vosburgh, who is director of Adelante Alabama Worker Center, a labor and immigration advocacy organization based in Hoover.

“I’ve lived in Birmingham for 15 years,” she said to the council. “My children and my husband are also here. I have one daughter who’s in college. For me it’s very important that Birmingham becomes a sanctuary city. It’s important for me and for my whole community. And you have made the promise already that Birmingham will become a sanctuary city. And it’s what we’re waiting on. We will be here until the policy has passed. I think it’s important for all of you because we belong to this community.”

Vosburgh addressed the council afterwards, saying that she would “hopefully dispel” certain concerns about the ordinance, particularly with the city losing federal funds if it chooses to become a legal sanctuary city. She said that the proposed ordinance is drafted to comply with state and federal law.

She stated that Birmingham may even risk legal trouble if it doesn’t pass the ordinance, citing other cities that were sued by people who had been held by immigration authorities reportedly without probable cause. Passing the policy, she said, would keep that from happening in Birmingham.

“No further delay is warranted,” she said. “The time to vote is now. We ask that the council bring this ordinance to a vote.”

Council President Johnathan Austin said that the ordinance will probably be brought to attention at the next council meeting, as well as future meetings. A time on when the council may vote on the ordinance is uncertain but the issue will continue to be discussed, he said.

“I know that we have done everything we could do to bring it up to this point,” he said. “There’s a lot more work that needs to be done, I realize that. And I certainly hope that the next council will consider your request to keep pushing this forward because it is an important document.”

The next Birmingham City Council meeting will take place at the third floor of City Hall on Oct. 23 at 9:30 a.m.