Man convicted in Montgomery policeman’s murder to be executed tonight

ATMORE — Twenty years after Montgomery police officer Anderson Gordon was killed while on duty, the man convicted in his murder is set to be put to death tonight, according to Al.com. This comes after a temporary stay was granted by a federal judge on Monday. 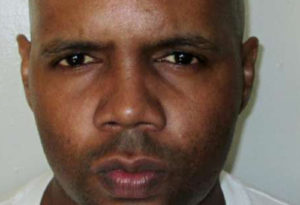 Torrey McNabb. Photo from the Alabama Department of Corrections.

Torrey McNabb, 40, was convicted in 1997 of killing Gordon while he was on duty and for killing him while he was in his vehicle – both capital murder counts.

McNabb is scheduled to be executed at 6 p.m. tonight at the Holman Correctional Facility in Atmore. He will be put to death by lethal injection. He has been on death row for 18 years.