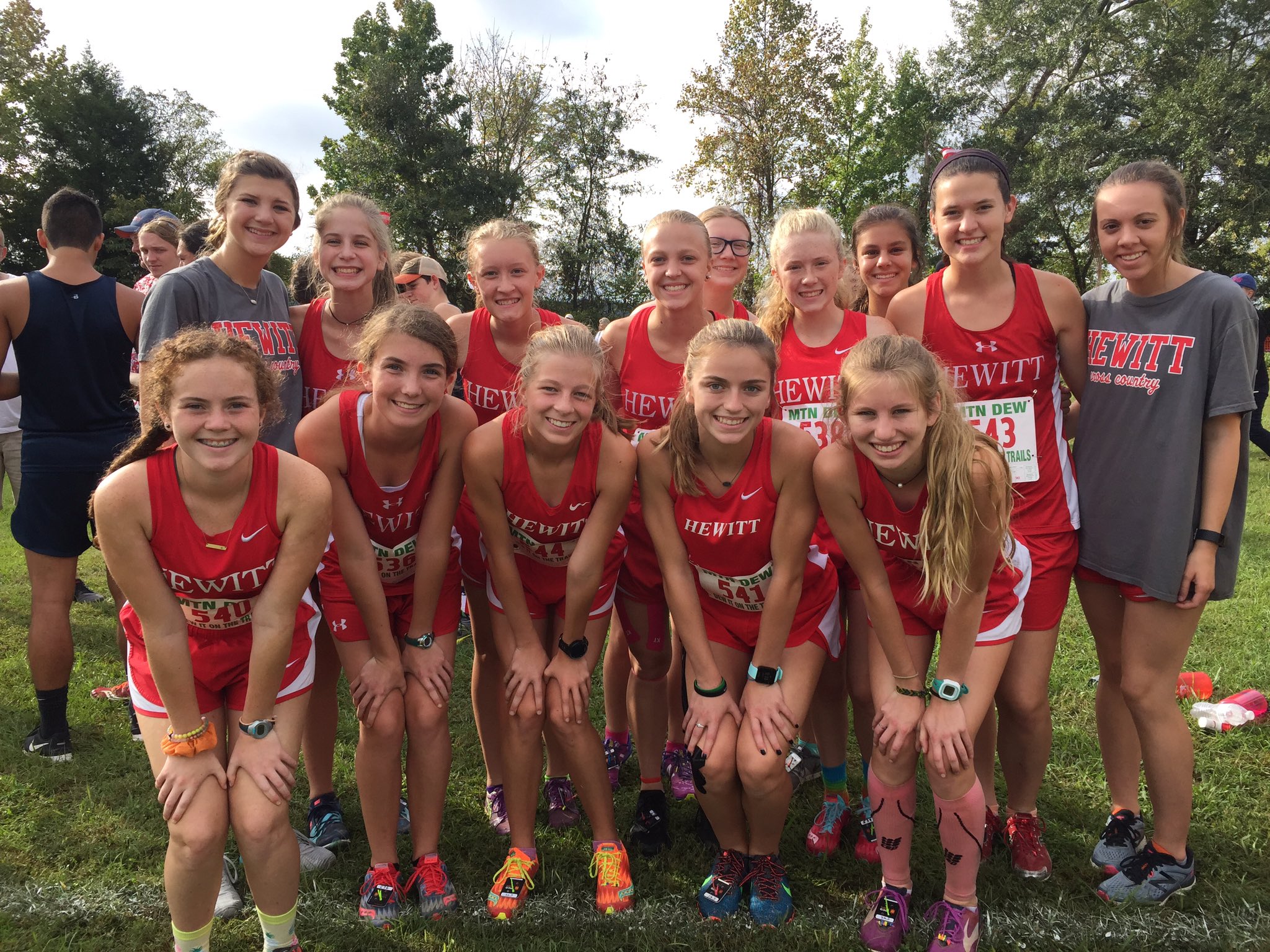 The Lady Huskies pose for a photo prior to Decatur's Dew It on the Trails race.

The Hewitt-Trussville boys cross country team finished sixth at the “DEW It On The Trails” race in Decatur. The event was held at Point Mallard. Huntsville High School won the event that featured a strong field of 19 teams. 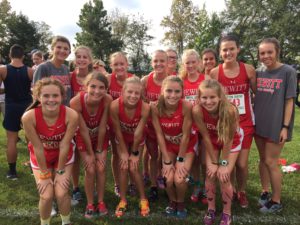 The Lady Huskies pose for a photo prior to Decatur’s Dew It on the Trails race.

The Huskies were led by three athletes that placed in the top 25 individually. Josh Jenkins finished 12th, Thomas Wolfe finished 15th, and Aaron Himes finished 22nd. Head Coach David Dobbs was proud of the squad. “The boys had 15 personal records this weekend. We ran well as a team and had some young ones that stepped up. We are still not 100 percent, but we will be by sectionals. We look forward to our home meet this Saturday to let our fans see what we can do.”

The team will host the Husky Challenge on Saturday.

The Hewitt-Trussville girls finished seventh at Decatur. Mountain Brook won the 16-team event that featured many of the top schools in the state.

Hewitt-Trussville will be at home Saturday as it hosts the 26th Annual Husky Challenge. More than 20 teams will visit Trussville for the event and head coach Davis Dobbs is looking forward to it. “We are expecting a huge crowd this weekend. We are excited that our supporters will be able to come out and see our one and only home meet.”

The event will start on the multi-purpose field near the Stadium. The race will finish on the track inside the Stadium. The event is free. Fans are encouraged to arrive early and expect a large crowd. Parking will be available at the Stadium, Civic Center, and Hewitt-Trussville High School.

The girls and boys teams each finished in second place in the race that featured many of the top teams from the state. More than 135 girls competed in the race and the Huskies had five athletes place in the top 15 overall. Sophia Knox finished 7th, Mia Cane finished 8th, Sophie Bryant finished 9th, Ella Reese Willoughby finished 13th, and Olivia Browning finished 14th.

In the Center Point Invitational, Gardendale took both the boys and girls team titles, but runners from Center Point, Clay and Pinson Valley also competed well.

In the boys 5K, Seth Lord of Pinson Valley finished second with a time of 19:08.18. Tracy Reed was seventh and Luis Sanchez was ninth. George Vazquez was 13th.

Ashlee Gaston of PV was 10th and Reina Laviano was 11th. CP’s Arianna Hopkins was 12th and Aiyanna Bishop was 31st.

Charlotte Phillips was sixth in the 5K run and Vanessa Sanchez was 14th in the 2.1 mile run.

In the Terrortorium on the Creekbank at Ohatchee, several Springville High runners fared well. Graham BIanchi finished fifth to lead Springville to a fourth-place finish. Bianchi ran a 17:27.94. Chris Smith was 15th, Hudson Kersh was 22nd,