BIRMINGHAM — Police have arrested a suspect in the homicide of a man who succumbed to an injury after he was shot in the leg on his front porch in the Wylam neighborhood of Birmingham. Marcus Deontae Jones, 30, has been charged in the death, according to a report from Carol Robinson. 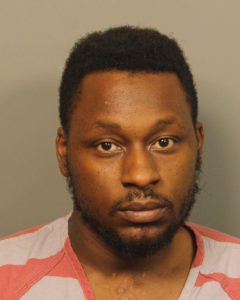 The shooting took place on Aug. 28 at around 2 p.m. when Jamil Curry, 36, was shot in the leg after an argument. According to his report, he had been inside of his screened-in porch playing video games when the argument and shooting occurred. He was taken to a hospital and later released.

The shooting was not ruled a homicide until Sept. 12 after Curry collapsed and was rushed to a hospital where he was eventually pronounced dead. The Jefferson County Coroner’s Office determined that the bullet had traveled up his leg and into his abdomen, causing organ damage.

According to the report, Jones has previously been charged with attempted murder in 2016, though the charge was dropped. He has also pleaded guilty to assault and misdemeanor charges. He is being held at the Jefferson County Jail with a $60,000 bond.