Two 15-year old and one 16-year-old were taken into custody Thursday afternoon for the robbery of a maintenance worker. 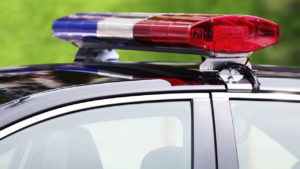 Just before 1 p.m. on Thursday Jefferson County Sheriff’s deputies responded to a report of a robbery of a person at a home in the 400 block of 15th Terrace NW in Center Point.

It was reported that the adult male victim had been working at the house when he was approached by three teens. One of the teens pointed a handgun at him and demanded his money. After he gave them his money, they went through his truck before leaving on foot.

A description of the suspects was given to other deputies in the area. Law enforcement authorities located the suspects walking near 13th Terrace NW and 2nd Street NW. One of them was found to be in possession of the stolen money and a handgun. The three were positively identified as the teens who had committed the robbery.

The suspects were identified as being two 15-year-olds and a 16-year-old all from Center Point.

The two 15-year-olds were taken to Juvenile Detention pending formal charges of 1st degree robbery and unlawful breaking and entering a vehicle.

The 16-year-old was taken to the Jefferson County Jail to await formal charges of 1st degree robbery and unlawful breaking and entering a vehicle.

The names of the teens are being withheld pending formal charges.