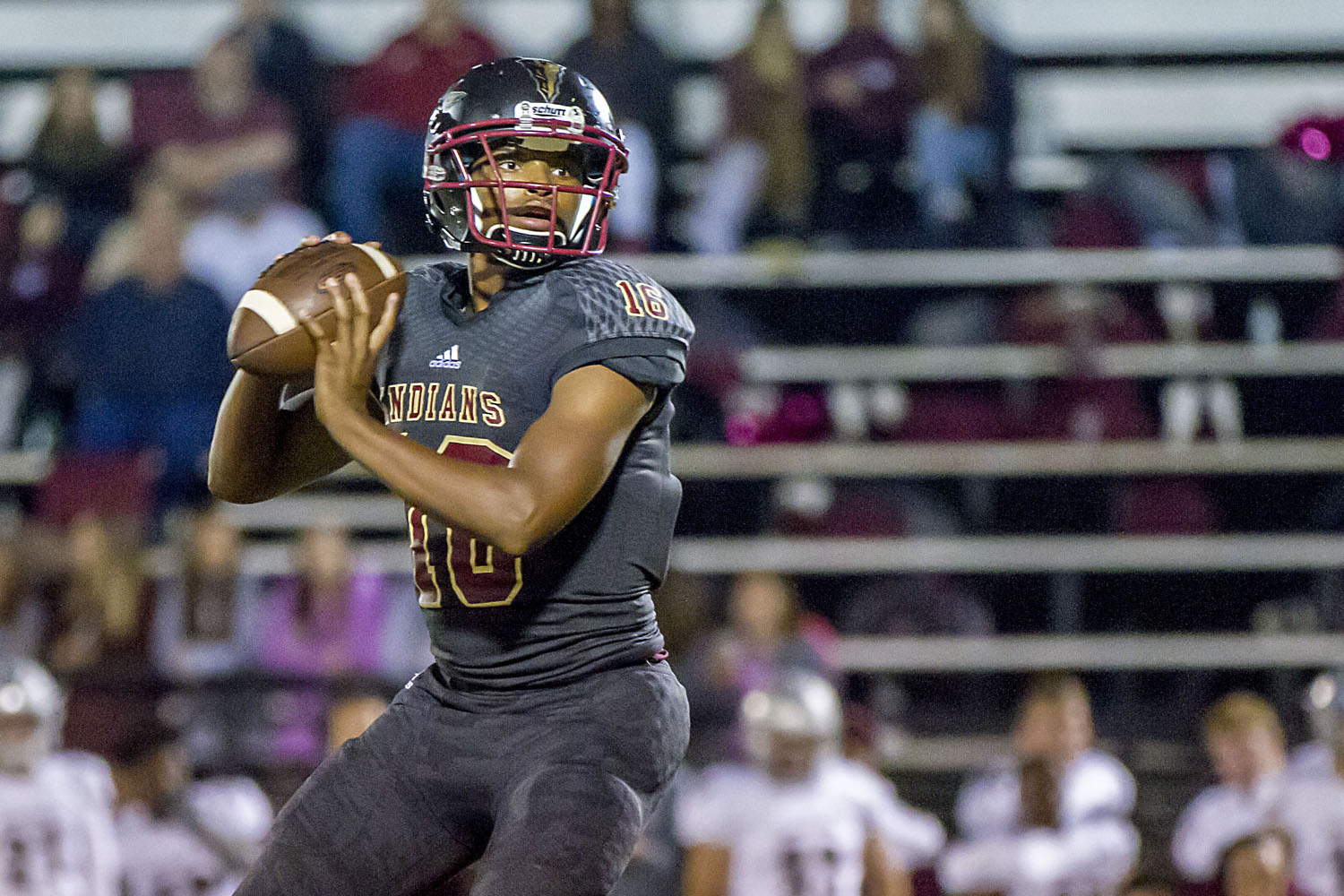 PINSON – With the exception a 54-yard touchdown run in the second quarter, The Gardendale Rockets failed to launch Friday night at Willie Adams Stadium where Pinson Valley drummed their Region 6 6A foe 55-7. 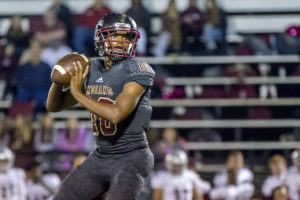 Coach Patrick Nix was pleased with the “intensity” he saw from The Tribe during the game although the offense started off slow, trading three-and-out series with The Rockets during the first quarter.

After Khymel Chaverst got the Indians’ first touchdown of the night in the second quarter on a 15-yard run, Pinson Valley spent the rest of the night firing on all cylinders.

Gardendale responded in the following series with its own touchdown run, a long sprint for the end zone by The Rockets’ Steven Lancaster. However, while the Indians were just getting started, the touchdown and the ensuing point-after-kick would be the only time the Rockets would get off the ground Friday night.

Shortly after Gardendale tied the score, Chaverst punched the ball it into the end zone with 7-yard burst set up by a quarterback keeper from Jackie Matthews that got the Indians into the Red Zone with a fresh set of downs.

Matthews used his feet to force the ball into the end zone twice during Friday’s match-up.

LiAllen Daily pulled double duty Friday night, sacking Gardendale’s quarterback on the defensive side of the ball before scoring the Indians’ third touchdown of the night on a 31-yard reception with just under five minutes left in the first half. In all, Daily had three touchdown catches Friday night.

“LiAllen is a special player,” Nix said after the game.

The Indians kept their ground game going with back-to-back quarterback runs from Matthews that made the score 28-7 with 1:11 left before the break. What happened next might have broken their opponents back. Not content to hold onto a 21-point-lead, the defense forced a turnover, allowing sophomore Jay Sharp to shuffle across the goal line before heading into the locker room.

While the first half was dominated by the Indians running game, the second half saw the Indians showing more of what they could do through the air . Quarterback Barry White making two touchdown-scoring throws to Daily, including an 80-yard bomb in the fourth quarter.

Along with scoring the last TD of the first half, Sharp scored the final touchdown of the game.

A major factor in the dominant win by the No. 3 team in the state was the defensive performance by Desmond Scott who sacked quarterback Will Crowder. Other defensive linemen also spent the night causing interruptions that kept the Rockets’ punter busy Friday night.

“You’ve got to give credit to our secondary too, because a lot of times they had nowhere to throw,” Nix said about his defense. “They did a great job shutting things down.”

Nix added he was equally pleased with his offense and special teams players.

“They performed well in all phases,” Nix said about the 8-0 Indians that travel to Carver next week.

Although Friday’s win clinched an opportunity for Pinson Valley to take part in the playoffs, Nix said the game was not more or less special than any other game has played this year.

“We play every game one at a time,” he said.