FAIRFIELD — A man in Fairfield who was convicted for robbery in 2015 has been arrested for violating the terms of his parole. But as he was being arrested, authorities found 21 guns, including different types of narcotics, stashed in his home, according to a report by Carol Robinson. 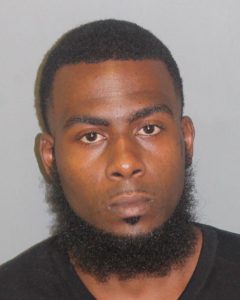 Radarius Isiah Wright, 25, was arrested by the U.S. Marshals Gulf Coast Regional Fugitive Task on Oct. 19 at the 200 block of 52nd Street in Fairfield. During a search throughout the home, two weapons were found as well as narcotics.

After a search warrant was obtained, agents from the Bureau of Alcohol, Tobacco, Firearms and Explosives discovered 21 long guns and short guns, most of them inside an air conditioning vent.

In addition to the weapons, heroin, cocaine, marijuana, ecstasy and prescription drugs were found in the home. Agents from the Drug Enforcement Administration seized the drugs.

Wright is being held without bond at the Jefferson County Jail. He may face state and federal charges in addition to charges for violating parole.