In an interview with Fox News, U.S. President Donald Trump said that he will introduce a plan for tax reduction to congress that will be the “biggest tax cuts ever.” He also mentioned health care and welfare reform as part of his plan. 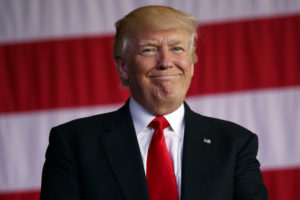 “I think we are going to get our taxes,” he said in the interview. “I think it is going to be — hopefully before the end of the year, but maybe much sooner than that. So there’s a great spirit for it, people want to see it, and I call it tax cuts.

“It is tax reform also, but I call it tax cuts. It’ll be the biggest cuts ever in the history of this country.”

Trump said that his push for the policy changes will produce growth for the economy and potentially help to relieve the debt that the nation has generated over the years.

“I want to get the taxes first,” he said. “I want to get health care. We’re doing a big infrastructure bill which will be a very positive thing. But we’re going to have tremendous growth.”