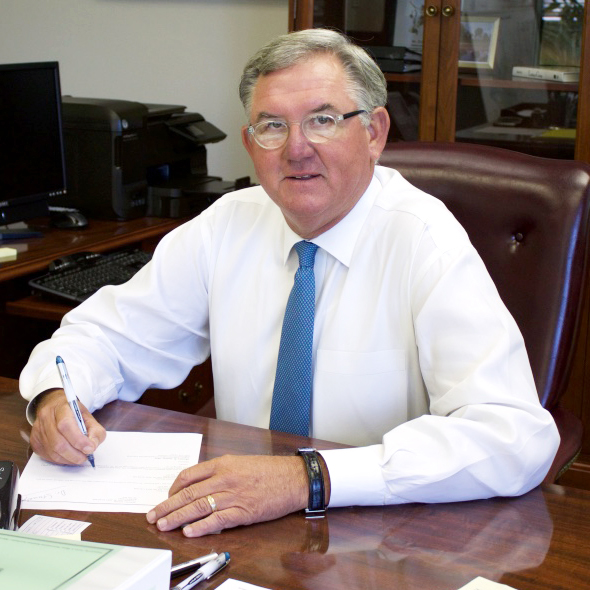 Pouncey selected as Alabama superintendent of the year

School Superintendents of Alabama (SSA) and Classworks, an SSA Diamond Level Business Member, are proud to announce the selection of Dr. Craig Pouncey as the 2018 Alabama Superintendent of the Year. 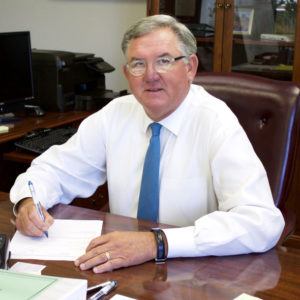 Pouncey was selected from among nine district finalists, each of whom is an outstanding superintendent.  He will be honored at the SSA Superintendent of the Year Luncheon on Jan. 9 held during the association’s Legislative Conference in Montgomery.

Classworks will provide Pouncey with a Superintendent of the Year ring plus travel expenses to the American Association of School Administrators (AASA-The School Superintendents Association) National Conference on Education, to be held February 15 – 17, 2018, in Nashville, Tenn. At the National Conference, he will receive a bronze medallion with the Superintendent of the Year emblem, and a plaque from AASA, SSA’s national affiliate and national sponsor of this program. Each state’s winner will be recognized during the opening General Session where the national winner will be announced.

While serving in many capacities within education during the last 37 years, Pouncey has served the last three years as Superintendent of the Jefferson County School System.

“We are very pleased to have Dr. Craig Pouncey representing Alabama as our Superintendent of the Year. I first met Dr. Pouncey when he was a local superintendent in Crenshaw County and an influential leader in this association, but it was after his move to the State Department that I really had the opportunity to work with him side by side on important issues dealing with budget and policy. In a phrase, he is a “superintendent’s superintendent.” He understands the enormity and complexity of the work, and he wants every local system to succeed in providing opportunities for children. It is no small achievement that Dr. Pouncey led the state’s finances during the greatest economic downturn since the Great Depression, and he was able to help everyone stay afloat. More recently, since he has returned to local work in Jefferson County, he has shown the unique ability to pull together multiple schools systems to stabilize the tax base and ensure great school facilities and programs for years to come. We are very pleased to have Dr. Pouncey representing us on the national stage.”, says Dr. Eric Mackey, SSA Executive Director.

Members of the State Board of Education who represent school systems within Jefferson County had the following remarks upon hearing that Pouncey had been selected:

Stephanie Bell: “Dr. Pouncey is an outstanding choice who has served at every level of education from the classroom to superintendent to State Department of Education. I witnessed his expertise firsthand and enjoyed working with him when he was at the Department because he could explain complicated finances in simple terms for the community to understand. Many superintendents have mentioned to me how much they appreciate Dr. Pouncey. Over the past three years, Jefferson County has seen many improvements under his leadership, and he will represent our state well as he advances to the national competition.”

Yvette Richardson: “Dr. Pouncey is very deserving of this honor because of his knowledge of education in every part of the state. Ultimately, he is the definition of a true professional.”

Pouncey serves on the Heart Association’s Board of Directors; served as Treasurer of the Alabama Forestry Association; was a member of the Crenshaw County Forestry Planning Committee; served on the South Central Alabama Child Development Council; on the Extension Service Advisory Committee; and was President of the Luverne Kiwanis Club.