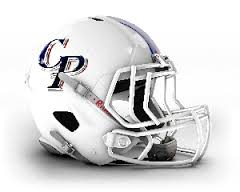 For the Eagles, those actions came from members of the senior class who chose to miss practice this week.

Those players were suspended for the first quarter of the game against the Gardendale Rockets Thursday night.

By the time those suspensions had ended, the Eagles found themselves down 28-0.

Center Point would go down 35-0 before the Eagles’ offense would find the end zone.

A late second-quarter touchdown would give the Rockets a commanding 42-7 lead at halftime.

The Eagles’ defense would step up, and the offense would keep grinding in the second half.

After forcing Gardendale to miss a field goal deep inside Center Point territory, Christopher Dixon hit Cole Jr. for a 34-yard reception and his second touchdown of the night.

The Eagle defense would continue to give the Rockets fits. A forced fumble was returned down to the Gardendale 18-yard line.

Two plays later, Dixon was on the receiving end of a touchdown on an 18-yard screen pass from Javon Davis making the score 42-19 Rockets.

Cole Jr. would find the end zone one more time on the evening as Davis connected with him for a 75-yard bomb that cut the Gardendale’s lead to 42-25.

Center Point would go for a 2-point conversion but was stopped.

Cole Jr. finished the night with four receptions for 196 yards and three touchdowns.

Center Point finishes the season at 1-9 overall and 0-6 in Class 6A Region 6 play and will look to build on a win and a close game to end the season.

Gardendale will take the week off before heading to Muscle Shoals for the first round of the AHSAA playoffs.