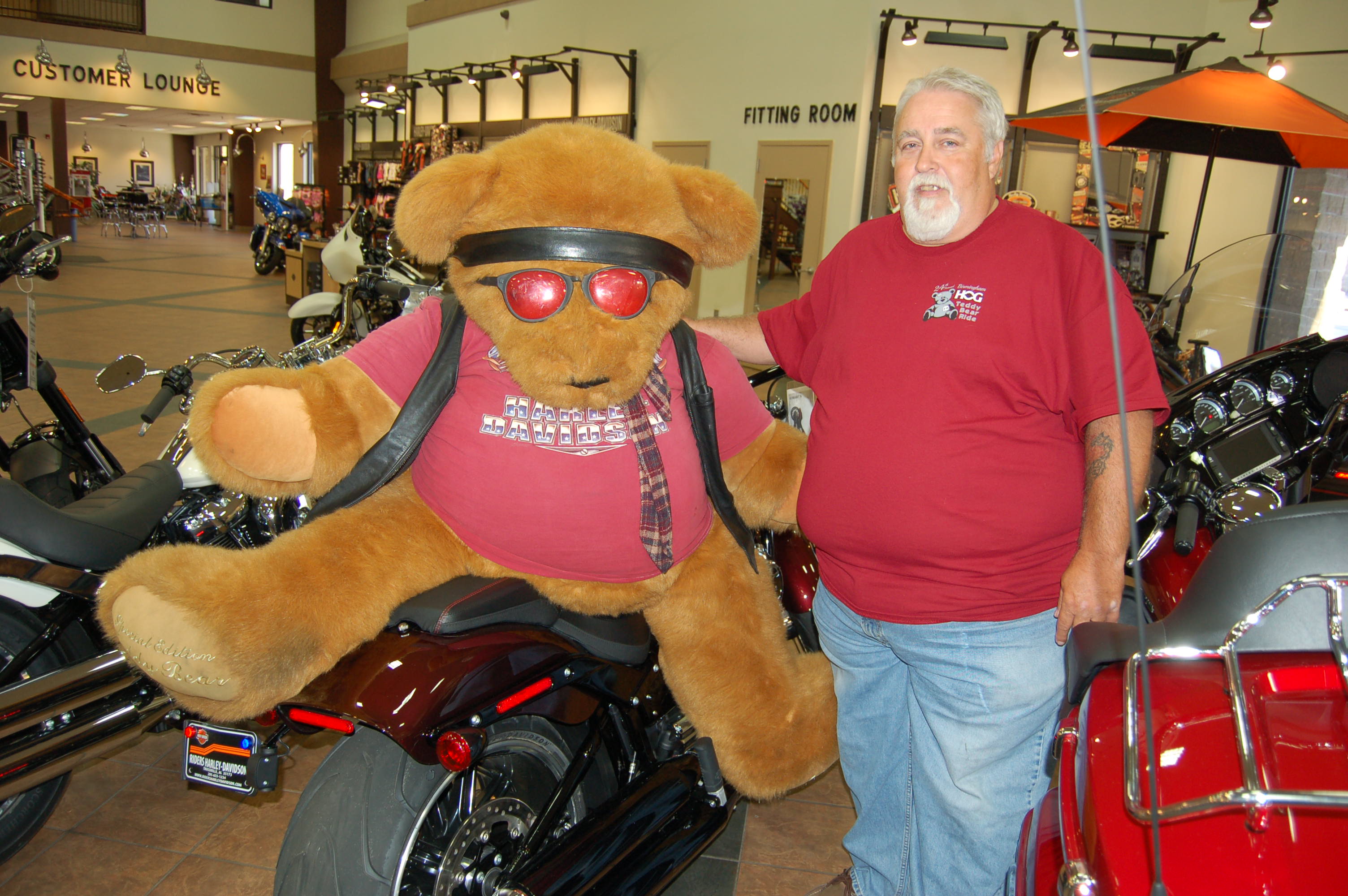 Birmingham HOG member Rick Gamble stands with a teddy bear at the Riders Harley-Davidson in Trussville. Photo by Nathan Prewett.

TRUSSVILLE – Starting at the Riders Harley-Davidson on Norrell Drive in Trussville, the 24th annual Birmingham HOG Teddy Bear Ride will kick off on Nov. 4 to benefit Big Oak Ranch in Springville, a faith-based home for children in need. 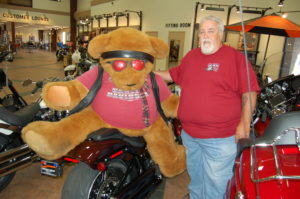 Birmingham HOG member Rick Gamble stands with a teddy bear at the Riders Harley-Davidson in Trussville. Photo by Nathan Prewett.

“It’s a Christian ranch that takes in abused and neglected boys and girls” said Rick Gamble, who is helping to organize the ride. “Once they take them, they’re theirs. They raise them up to adulthood. And as long as they want to go to college, the ranch provides them to go to college.”

Big Oak Ranch was founded by John Croyle, who played for the Alabama Crimson Tide under Paul “Bear” Bryant as a defensive end. The story goes that Croyle approached Bryant about choosing between starting a home for children and pursuing a career in professional football in the NFL.

Bryant encouraged him to make the ranch a reality.

And so Croyle founded Big Oak Ranch and incorporated it as a 501 (c)(3) organization in 1974. Though he is still involved, Croyle’s son, Brodie is the executive director. His daughter, Reagan Croyle Phillips, is the childcare team director. The ranch is funded entirely by donations and takes no money from the government. There are 22 from there who are currently enrolled in college.

Gamble, who is assistant director of the Birmingham chapter of the Harley Owners Group (also known as HOG) said that the group has been doing the Teddy Bear Ride for 24 years to benefit children in Alabama. It takes its name from when the group began collecting stuffed animals. This is the third year that Birmingham HOG will be raising funds for Big Oak Ranch.

The ride is police escorted and it does not cost anything to participate, though donations from participants are appreciated. Owners of any other kind of motorcycle not made by Harley-Davidson are welcome to take part, Gamble said. The number of participants in each ride have varied over the years with some numbering in the hundreds.

A great deal of money goes into taking care of the children at the ranch, Gamble said. There are 137 children at the Big Oak Ranch and that ,000 are spent on each child per year. Charity efforts like the Teddy Bear Ride help to fund the ranch.

“Anything that we raise is appreciated,” he said. “Last year I think we raised close to ,000. Of course, each year we’d like for our goal to grow.”

Registration will begin at 9 a.m. before the ride leaves the Riders Harley-Davidson building. It will then go on through Highway 11 and will stop at Big Oak Ranch in Springville.

The ride will begin at 10 a.m. and end at 1 p.m. on Nov. 4. Registration to participate in the HOG Teddy Bear Ride is still open. Riders Harley-Davidson is located on 4750 Norrell Drive in Trussville.

For more information about Big Oak Ranch, visit the website at www.bigoak.org.